Not only did Sprint sell 1.4 million iPhones during the last quarter, but 41 percent of iPhone sales went to new subscribers. This is welcome news for the carrier, which has released its second quarter results. Sprint also detailed a list of 41 markets that now have LTE service including Brooklyn, Jacksonville, Nashville, Oakland, Philadelphia, and Portland among others.

The latest additions bring the total list of Sprint LTE markets across the country to 151. Unfortunately due to the closing of Nextel, the company lost 2 million customers and posted a loss of $874 million. Although Sprint is behind network giants AT&T and Verizon, the carrier expects to cover 200 million people with 4G LTE by the end of 2013. 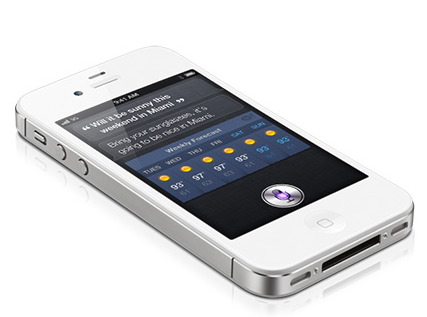 It only took a few months but Sprint finally released an iPhone app for their customers. Like other carrier apps, the "Sprint Zone" allows users to access their account, search for promotions, read Sprint news and locate Sprint stores. There is also an Apple store locator, easy access to Apple Care, and the ability to check simple device info like battery stats and data connection. The App is free in the iTunes App Store for devices running iOS 5 or later. 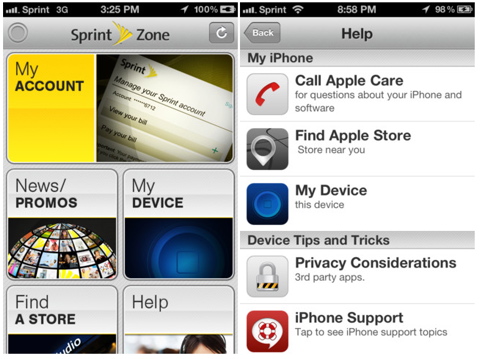 There's word that Sprint plans to deploy its own 4G LTE network next year to compete with Verizon and AT&T, but right now everyone is talking about 3G speed problems on the iPhone 4S. Unfortunately for Sprint the carrier seems to be experiencing the same woes that plagued AT&T after its record iPhone launches of days past. Support forums are full of people asking questions and wondering why their iPhone 4S is so slow compared to other devices on the same network.

Now reports indicate Apple has stepped in and the problem could be a software issue affecting Sprint iPhone customers nationwide. CNET reports that an internal memo was leaked explaining just that, and a fix for the problem is in the works. Apple made no official statement regarding the issue.