T-Mobile has a strange relationship with Apple. They're the only major U.S. carrier who doesn't officially carry the iPhone, but they're very proud that over one million T-Mobile subscribers are iPhone users. T-Mobile has even went as far as to offer free iPhone micro SIM cards, and are working on building a "iPhone compatible" network. Now they're offering free iPhone support to their subscribers.

T-Mobile recently launched an iPhone support webpage to teach users how to optimize their iPhones. An iDownloadblog reader received an email announcing the new service:

"FREE T-Mobile Msg: Help speed up your iPhone. Free up memory to keep it running at its best. Learn how: m.t-mobilescoop.com/memory/iphone”

CDMA iPhone 4S or 4 models need to be jailbroken to use the Ultra 5.1 SIM interposer. There is no jailbreak for iOS 5.1.1 currently, but the GEVEY Ultra S does support iOS 4.1 and later (through 5.1). iPhone owners should not update to iOS 5.1.1 if they would like to keep their devices jailbroken.

AT&T has started to unlock iPhones for customers who have completed their contract obligations. The process is as simple as contacting AT&T customer support and requesting the unlock on your device. Of course, your account must be in good standing (ie. paid up to date) for AT&T to provide the service.

Once your iPhone is unlocked, you are free to install any replacement micro-SIM card from another compatible GSM carrier. This means you can use your iPhone overseas or with another US carrier such as T-Mobile without resorting to any workarounds or jailbreak unlocking methods.

Beginning Sunday, April 8, qualifying customers will be able to request a carrier unlock from AT&T. iPhone users who wish to unlock their iPhones must have their AT&T accounts in order, and not be associated with a current and active term commitment with the carrier. 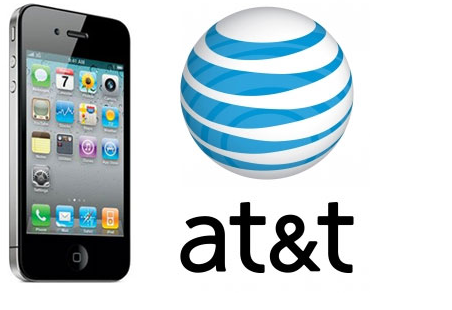 Unlocked iPhones allow users to replace AT&T's micro-SIM with other compatible network cards. This is a great option for people who frequently travel, and would like to use international or other local carriers. An AT&T spokeswoman confirmed the news with Engadget. Read on for their official statement.