If we ever go 30 days without publishing a new "source" of information on the coming of the 3G iPhone, you'll know the 3G iPhone has been released. That said, despite the large volume of rumors that continue to surface on the topic, rarely do they warrant mention. The latest, out of Citigroup, just might.

According to Citigroup analyst Richard Gardner, several sources [have] confirmed the introduction of a new 3G iPhone" in the second quarter of this year. Gardner offered up this information in a research note published following recent meetings with Taiwanese electronics companies. One can reasonably assume then, that 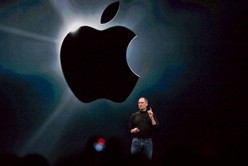 Goldman Sachs released predictions for the iPhone over the next year or so. In addition to predicting strong holiday sales for the iPhone and iPod, analyst David Bailey predicted that Apple will likely issue two upgrades to the overwhelmingly successful iPhone, instead of simply releasing the second generation model.

According to Bailey, Apple will release a "smaller" upgrade in the first half of 2008 which would basically be the existing iPhone with upgraded storage. Given the existence of the 16GB iPod Touch, it's not much of a stretch to imagine Apple releasing a 16GB iPhone a couple months after the holiday season closes. By doing such, Apple could potentially squeeze a few