Italian hacker Zibri has published a code snippet on his blog that points to a Qualcomm-sourced baseband chip in the next generation iPhone. The code in question showed up in iTunes, and hints that Qualcomm will replace Infineon as the source for iPhone 5 baseband chips. 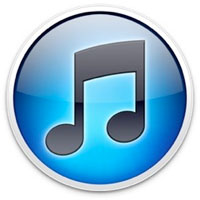 Of course, Qualcomm is the originator of CDMA technology, and this code may just be in place for the Verizon CDMA iPhone. Zibri believes this is not the case, and several other sources have made it clear that Apple may be making the move to Qualcomm basebands across its mobile product line.

Qualcomm recently launched a hybrid baseband chip that could make its way into future iPhones and even the iPad 2. These chips make it possible for one device to connect to several different US carriers, such as Verizon's CDMA and AT&T's GSM network. Apple made large orders for Qualcomm basebands in 2010, presumably for the Verizon iPhone. Rumors have indicated that Apple will sell a next generation iPad that uses a hybrid model chip that will work on both major US carriers.

According to Zibri, the files "partition.mbn" and "AMSS.MBN" are a dead giveaway that future iPhones will indeed carry a Qualcomm baseband chip. Apple likes to sell one version of its hardware worldwide, although it made an exception for Verizon's 90 million plus customers when it launched the CDMA iPhone 4. A hybrid Qualcomm chip would allow the company to manufacture and sell one iPhone model for multiple carrier networks, simplifying everything and increasing the Apple profit margin.

The iPhone baseband manages all of the antenna functions of the device. This includes any radio contact including cellular data and voice calling. During the AT&T exclusive contract period, iPhones were "locked" to the AT&T network, and could only be used on other GSM carriers such as T-Mobile after jailbreaking and unlocking.