It looks a lot like the iPhone 4, but Tim Cook promised the latest Apple iPhone is "all new inside." The Apple CEO unveiled the iPhone 4S (not the iPhone 5) in Cupertino on Tuesday. The new iPhone features a dual-core A5 processor, 8-megapixel camera, and GSM and CDMA radios. 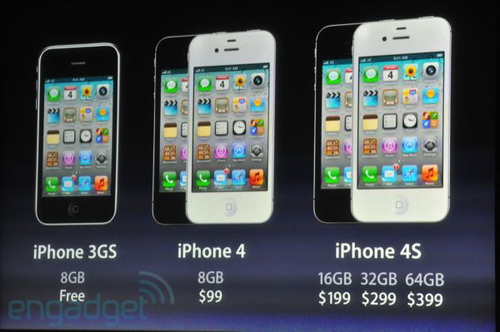 The iPhone 3GS was not discontinued, and is now free with carrier contract. The 8GB iPhone 4 will retail for $99. While somewhat disappointing, there were a lot of announcements made at the Apple "Let's Talk iPhone" event which we will be getting to in the future. Stay tuned...