Besides being mentioned at Macworld Asia, the iPhone 5 seems to be in hiding, while the iPhone 4S seems to be everywhere. It was mentioned in the latest iTunes beta, and Gizmodo got an early look at a "new-SKU iPhone that looks just like the old iPhone 4" (see below). The iTunes iPhone 4S listing also included an icon that resembled the CDMA iPhone 4. These iPhone 4S sightings are a little more convincing than what Radio Shack supposedly decided to name their inventory. 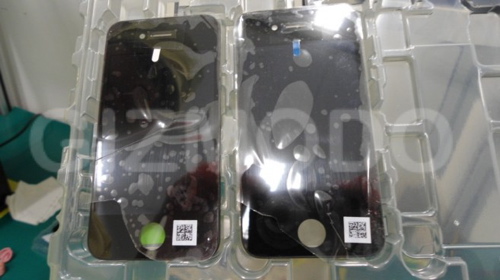 9to5Mac posted a list showing why the iPhone 5 being announced tomorrow may be a fanboy dream.

"Even though there is no concrete evidence for an iPhone redesign, many are still speculating (we call you “5ers”!) and reporting that one is coming at this event. Because of lack of evidence for a redesign, we believe that Apple will introduce only an iPhone 4S on Tuesday. "

9to5 points to the iPhone 4S showing up in iTunes, Apple's inventory and other various sightings as proof. They also plan to list the evidence for an iPhone redesign before Tuesday's big announcement. Apple will not be live streaming the event, so stay tuned for updates as we get them.