Since the iTunes Connect developer portal was shutdown for the holidays from Dec. 21 through Dec. 27. there were no new apps released to the App Store this week. Instead we will look at the new iOS jailbreak tweaks released to Cydia. The jailbreak tool evasi0n 7 was released on Dec. 22 for all devices running iOS 7.0 through 7.0.4. You can learn how to jailbreak your iPod touch, iPhone or iPad using Windows here or Mac OS X here. 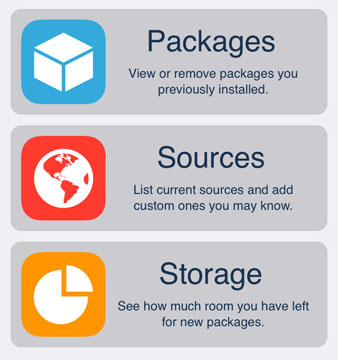 This is a simple theme that allows you to restore your iOS 7 Home screen icons to iOS 6 icons. The tweak is available in the BigBoss repo and requires Winterboard to install.

Another free theme that gives you various dock background options. Does not work with the iPhone 4.

This theme removes the "Today" and "Missed" tabs from Notification Center on iOS 7. 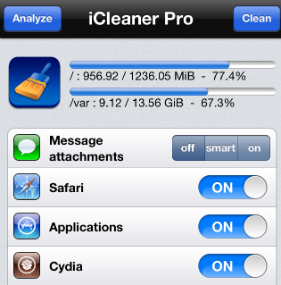 iCleaner Pro 7.1 has been released to the Exile.90's Beta repo. The app removes unnecessary Safari caches, log files, temporary files, and so on... This is a useful tool for jailbreakers since jailbreaking can eat up a lot of space on your device. You can locate it by navigating to Manage > Sources > Edit and adding exile90software.com/cydia/beta/.

This tweak removes the blue dot that appears when an app has been recently updated.

Allows you to access the internal Spring Board settings for Apple via ControlCenter.

Ios 6 thingy no work I tried but no v.v

None of this will work as Mobile Substrate hasn't been updated!

If you reinstall mobile substrate and safe mode at the same time it should work. well it worked for me

There is a mobile substrate fix add the source

Get BootStrap it will fix that
Search it for source

No way! Saurik himself said it was dangerous and could seriously damage your device, now you look it up.