Put Your Favorite Apps in the Switcher with Popular

Popular is a jailbreak tweak for the app switcher that replaces the favorite and recent contacts icons. Instead of these, Popular displays your favorite and most often used apps right above the full size app cards. The tweak dynamically sorts app icons, putting the most-used apps first, right next to your favorites. 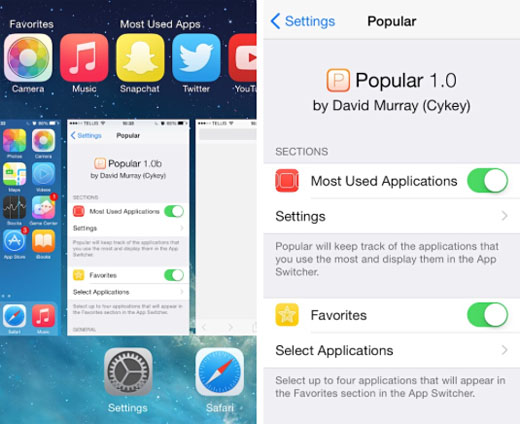 Once installed, there are several customizations that can be accessed via Settings -> Popular. When it comes to the most "popular" apps, usage statistics can be viewed directly in the settings. The Maximum Icon Count can be adjusted anywhere from 5 to 75, which controls how many apps will appear in the launcher. 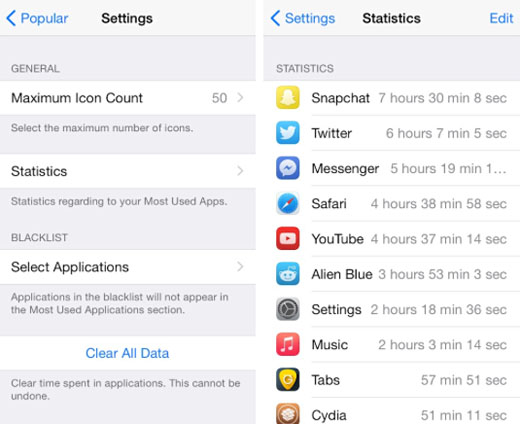 Individual apps can be blacklisted, meaning they will never appear in the Popular app section. The Most Used Applications and Favorites can also be independently toggled on or off. When it comes to favorites, four apps can be chosen to always display in the app switcher.

Section and icon labels can be toggled as well, for a cleaner look. For iPhone owners who don't use the favorite and most recent contacts much, converting the icons into apps sorted by usage time brings some common sense functionality to the app switcher.

Popular is available from the BigBoss repo on Cydia for $0.99. To start customizing iOS, click here for instructions on jailbreaking iOS 8.0-8.1.2. Those with older firmware can jailbreak with Pangu (iOS 7.1) or evasi0n 7 (iOS 7.0). Find out how to purchase and install Cydia tweaks with this guide.