5 tips to help you win the war in Warbits

If you happen to be a fan of warfare strategy gaming apps and you’re not playing Risky Lab LLC’s Warbits, then you are missing out on what just may be the best strategy game ever released for the iPhone.

By following the formula established by developer Intelligent Systems’ classic Advance Wars franchise, Warbits provides an instantly accessible strategy gaming experience with a surprisingly deep combat system that grows as you do. Whether you’re diving into the excellent campaign mode or taking the battle online against other players, there is a hefty amount of content to be found in this incredible little strategy game.

Getting the most out of Warbits, however will require you to learn advanced combat techniques that go well beyond the initially simple game mechanics. Although there's quite a bit to learn if you’re going to become a master general, these five tips will certainly get you started down the path to victory.

Warbits’ brand of virtual combat may take a lighthearted approach to the whole “mass conflict” thing, but that doesn’t mean that it doesn’t share some similarities with actual warfare. 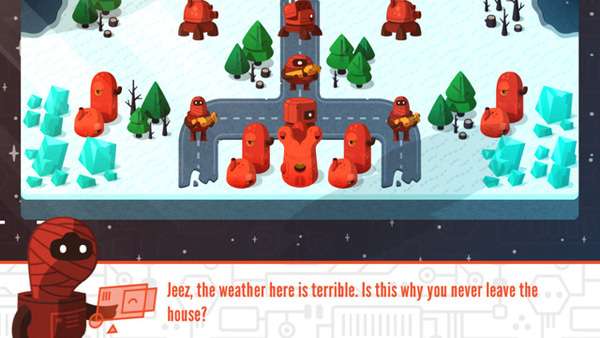 Just like in a real battle, properly positioning your troops is vital to success in Warbits. Keeping your units in the open field or on a road grants them no protection bonuses whatsoever, meaning that it’s always best to move between high-cover spots such as mountains and forests whenever possible. These positions offer tremendous defensive and attack bonuses to your troops and can give them the advantage in otherwise even fights, or even the chance to win battles they would not otherwise.

At the very least, you’ll want to make sure that your troops aren’t occupying friendly factories. This position prevents those buildings from producing more units whenever they are occupied, which can greatly hinder your chances for victory.

Although you may feel pretty invincible with a full army at your disposal, the nature of Warbits’ statistic driven battle system means that even the mightiest forces can fall in a single moment. 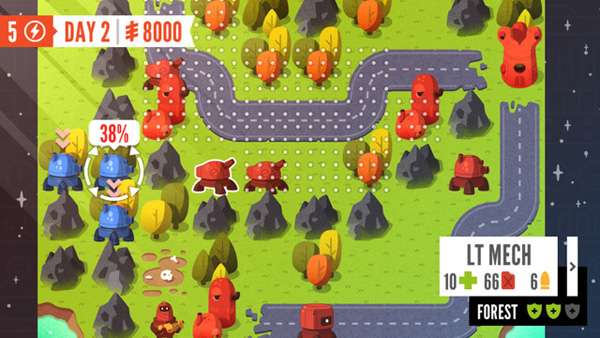 The surest way to avoid making a bad decision is to avoid sending your troops towards the enemy en masse whenever possible. As tempting as it can be to group your forces together and advance into battle, sometimes the smartest thing you can do is not move at all.

The best moves in Warbits are the ones that put you in an advantageous position over any enemy that could potentially attack you. If that move is not available to any one of your troops, it is best to put them in a position where they will be safe even if that means you won’t be able to attack.

Warbits operates off of the good old fashioned “Rock, Paper, Scissors” theory of combat. This means that certain unit types possess their own set of advantages and disadvantages depending on the enemy. 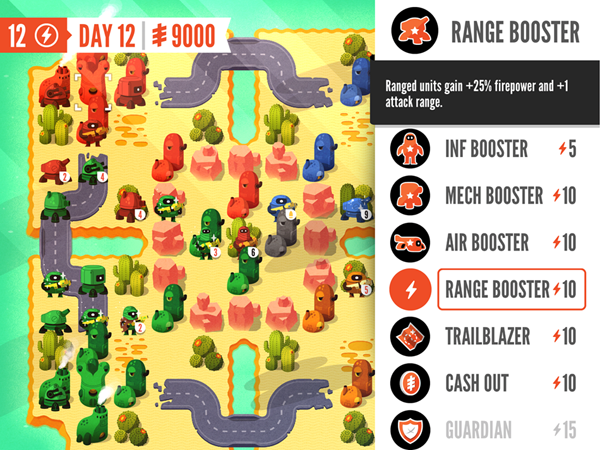 So while it may be tempting to build an army of super tanks, the truth is that you’ll need a variety of troop types in order to win. While the best way to take advantage of this system is to scout the enemy troop types you are up against and build units that counter them, when that option is unavailable to you then you will want to produce a variety of units that will ensure every need is met.

If you’re looking for general production advice, it’s always a good idea to keep a healthy number of infantry active at all times. Not only can they capture valuable buildings, but their movement range will help you to scout the battlefield at a low cost.

Although Warbits manages to replicate the Advance Wars formula fairly well, the one thing that it unfortunately does not offer is the ability to see how far your enemies can move ahead. This ability used to allow players to make sure their own units were safe from direct attack. 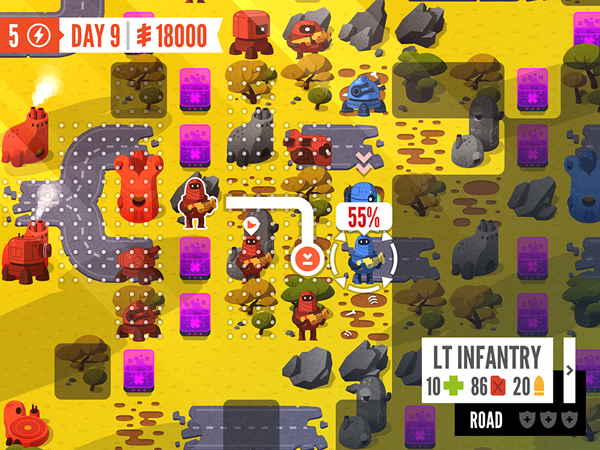 Since Warbits doesn’t offer a direct way to view this information, you will want to start learning the general range of movement that every unit type possesses early on. The easiest way to do this is to use your own troops’ movement range as a guide to how far the enemy can advance their own units, but sometimes you’ll simply need to learn the hard way by watching how far your foe is capable of advancing and attacking.

This process takes time, but will save you a lot of heartbreak later on.

Every general has the ability to unleash a devastating Super Power ability that can drastically turn the tide of a battle. The first few times you have access to this ability, it will be tempting to use them as soon as possible. 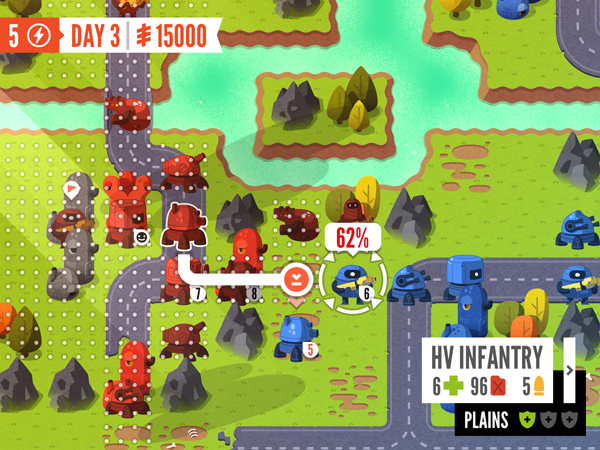 You’re going to want to resist this temptation. Super Powers are certainly useful, but they are not an instant win button. You will really want to consider the effect that each one will have on the current battlefield situation and only use it at a time when you are sure that you can get the most value out of it.

There will occasionally be times when your superpower will allow you to escape a bad situation, but the general rule is to hold the ability until it gives you a significant advantage.