How to defeat the Frozen Soul in Kingdom Rush Vengeance 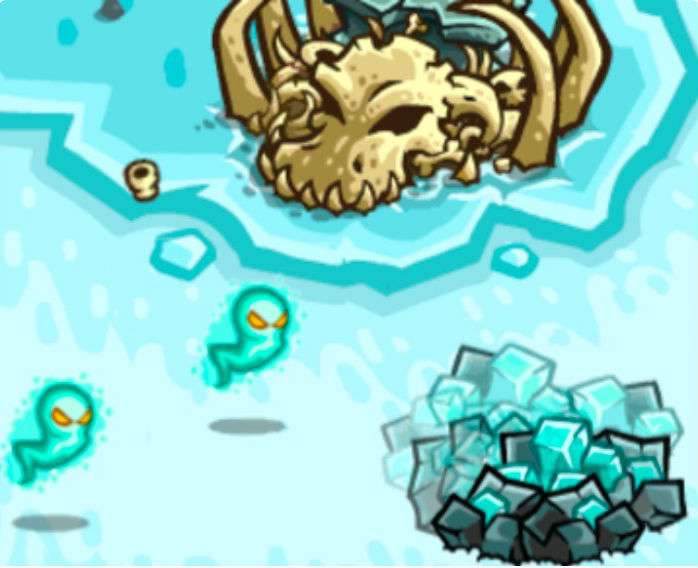 The Frozen Soul in Kingdom Rush Vengeance is one of the most frustrating enemies in the Kingdom Rush franchise. A little ghost like creature that spawns after the death of Frozen Heart, can only be killed in 8 seconds before it is resurrected. They're also unblockable with guards or heros, and it seems like towers do no or very little damage to them. These little nuisances can be found in all the Frozen Nightmare campaigns (Breaking the Ice, Into the Mountains, The Frozen Throne), including the Heroic and Iron challenges.

The best defense against a Frozen Soul is a fully evolved Infernal Mage, but this is a problem because you typically have to battle Frozen Hearts with other enemies that have a high magic defense. They're the type of enemy you must defeat before the next wave spawns or you're in trouble. Facing down 3 Frozen Hearts with a mob of Draugrs or after failing to take down some Apex Stalkers can put a quick end to your campaign. 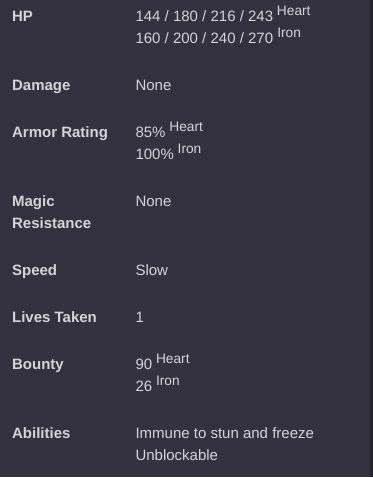 Like most difficult Kingdom Rush enemies, defeating the Frozen Souls takes a bit of planning, quick thinking and luck. There is not much information out there about these enemies, and Vengeance does not include an enemy Encyclopedia. You'll need to play around with tower combinations to take down the awfully annoying Frozen Souls, especially on the Heroic and Iron challenges where they appear.