Photos are worth a thousand words. The iPhone V3 looks better and better every day. More evidence has surfaced that Apple's killer app for the next generation iPhone is not only video recording and editing, but full videoconferencing using iChat. 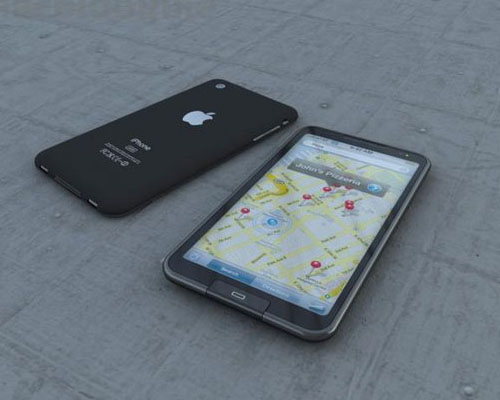 Note in this photo from FSMdotCOM what appears to be a green light in the upper right hand corner of the iPhone. This looks just like the light on built-in iMac webcams.

In addition, the screen is ginormous. So far we haven't heard about a larger screen, however the dark bezel matches the shape and color of the bezels previously seen for sale at the China Ontrade website in Hong Kong. Again, we see the black matte back with silver lettering. Could this photo be real? 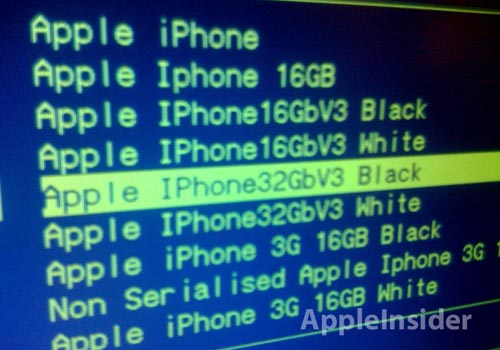 This image captures the iPhone product inventory entries of UK iPhone distributor Carphone Warehouse. Clearly seen are two different storage capacity iPhone V3 models in both black and white. Of course, its possible Carphone Warehouse is entering placeholders into its system completely based on speculation.

More photos of an unpublished AT&T support website for the Apple iPhone Video (V3) have surfaced on a blogger page posted by aborik24. The page shown below has an entry "How to Use Video Conferencing (iChat)" under the "Most Popular" heading on the lower right. Also notable is an entry "How to Setup Internet Tethering" in the same section. 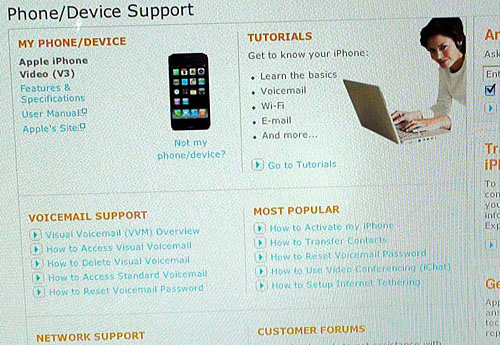 If these photos are to be believed, the iPhone V3 is leaps and bounds ahead of the current models and blows away the smartphone competition. What remains to be seen is whether the AT&T network can handle the inevitable barrage of iChat and tethering traffic.

Hate to be a party killer, but there is absolutly no way this is the new iPhone. Sorry. Apple are fixed on gaming right now and like it or not, the current iPhone has enough space above and below the screen to get a good grip on the phone while at the same time, not cover the screen with your hands. Nice try though. The image above is simply bad design for gaming, and a mistake Apple would never make.

That's not even a photo...its a pretty obvious 3-D Rendering.