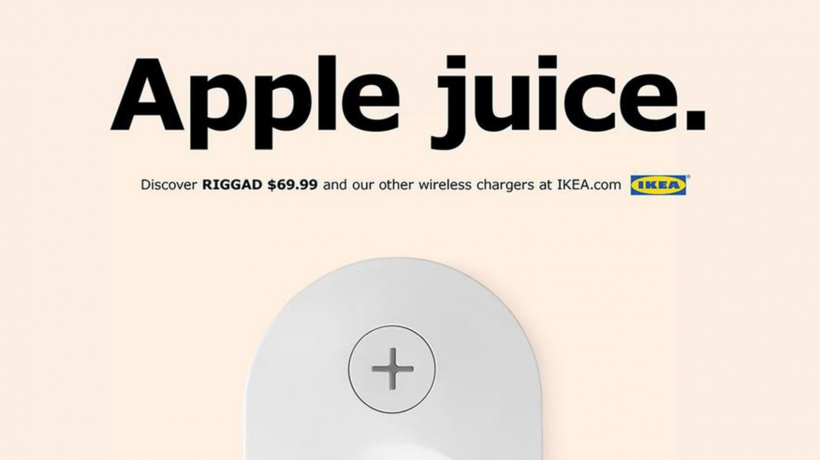 Apple's iPhone 8 and iPhone 8 Plus arrived in stores last week. One of the highlights of the new design is a glass back with support for Qi wireless charging. While IKEA has offered home furnishings with built-in charging pads since 2015, the company launched an advertising campaign to promote its Qi offerings to Apple fans.

Items such as the RIGGAD LED work lamp include a Qi wireless charging pad in the base, along with a USB port to charge a secondary device simultaneously. IKEA offers night stands, desks, and other furniture with JYSSEN or MORIK wireless chargers built-in.

IKEA also sells stand-alone wireless charging pads, such as the NORDMÄRKE, which charges up to three Qi devices at the same time.

The iPhone X release in a few weeks means Apple will offer three iPhones with Qi technology on board by year's end. IKEA's advertising campaign uses riffs on Apple slogans such as "This charges everything" and "One more thing... It's also a lamp". This could be a smart move. With Apple's iPhone lineup bringing wireless charging into millions of homes, consumers will soon be looking for additional charging options.