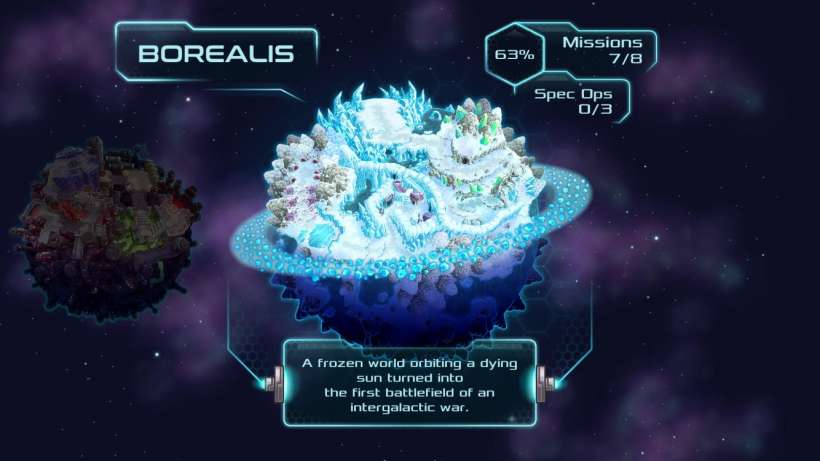 The real-time strategy game Iron Marines has been updated with a new frozen world filled with a new race of enemies for the Iron Marines to obliterate. The ice planet Borealis update includes 10 new challenging missions, an all-new boss fight, and 3 premium heroes. The new heroes include:

Premium heroes are available as IAPs starting at $2.99.

Iron Marines is a strategy game from the creators of the popular tower defense series Kingdom Rush. In Iron Marines, players can assemble a team of different soldiers to complete mission objectives on unknown planets. The game features more than 20 missions with different objectives to complete, 17 special operations, an Impossible Mode and the trademark humor of Kingdom Rush series.

Iron Marines is available for $4.99 on the Apple App Store.

Ironhide Game Studio fans are still waiting for more news on the next installment on the Kingdom Rush series. Ironhide teased the fourth game on July 17th. This time players will play on the side of the villain, Vez’nan who is looking to get revenge on the heroes from the Kingdom Rush series. A release date is unknown at this time, but perhaps a new update is around the corner now that Iron Marines has been updated with new content.