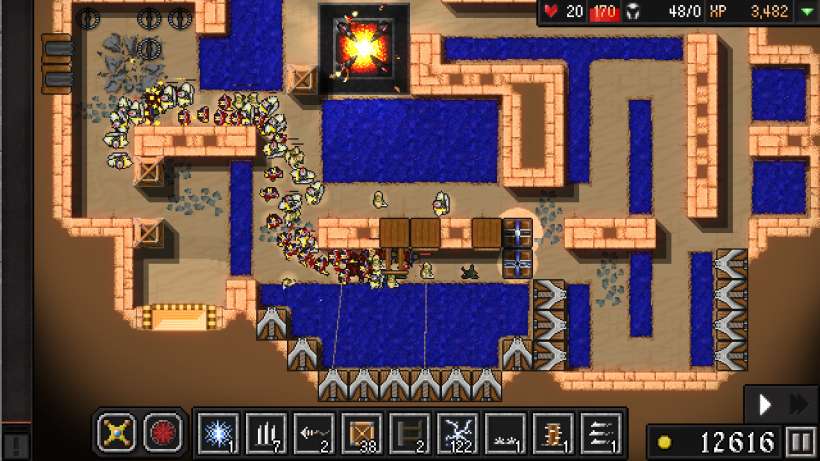 After a successful launch on Steam in 2018, the long awaited Dungeon Warfare 2 has finally made it way to mobile devices. The Dungeon Warfare games are strategy titles where you use a variety of traps to defend your dungeon from greedy adventurers. Each time you succeed in defending your dungeon you gain access to more powerful traps and utilities.

In Dungeon Warfare 2 you can squash, impale and run over your enemies with boulders, spikes, minecarts and more. The pixel graphics aren't the best, but the sequel offers a ton of upgradable traps for you to deploy, enemies with different traits, boss battles, and more than 60 levels with an infinite number of procedurally generated dungeons.

You can also mix your own difficulty by combining different mode runes. Other features include an endless mode and three skill trees with 11 skills.

Both games are available on the Apple App Store for only $4.99.