The Apple TV remote is fairly small and could potentially find its way to an odd part of your house, not to be seen again for years, if at all. If this happens to you, or if you step on it and break it, you're in luck, because you can purchase an Apple TV remote separately from the Apple TV. You can find it at the Apple Store under Apple TV -> Accessories.

To be compatible with the Apple TV, your TV has to be an HDTV capable of 1080p or 720p resolution (supposedly the 4th generation Apple TV will be capable of 4K resolution, so you would need a 4K Ultra HDTV in order to view that resolution, but it will also work on 1080p and 720p). Your HDTV will also have to have an HDMI port, as you connect the Apple TV to your TV with an HDMI cable.

Yes, you can watch Netflix on the Apple TV, as long as you have a subscription to it. In fact, Netflix is one of the many built-in apps on the Apple TV, so you can access it directly. Some other services, like Amazon Prime, don't have native apps on the Apple TV, so subscribers would need to use Airplay to stream them from their Mac, iPhone or iPad. Currently, the standard Netflix plan is $8.99 per month and new customers receive one month free.

Apple added three new apps to its Apple TV lineup on Tuesday, including TED, Tastemade and Young Hollywood. This brings the total to 60 apps/channels.

With the slogan "Ideas Worth Spreading," TED (Technology, Entertainment, Design) offers over 1,900 "TED Talks," which cover a variety of social, cultural, scientific and economic topics. The presentations are often given by well known/respected figures within their fields, with past speakers including Bill Clinton, Bill Gates, Larry Page and Sergey Brin among others, not to mention a

Hot on the heels of Apple's HBO Now announcement comes a new report claiming Apple TV hardware will be refreshed this summer. The television world has been buzzing since Apple made an exclusive deal with HBO to stream its HBO Now service on Apple TV. Apple simultaneously dropped the price on its set top box device to $69, which is a $30 savings over the standard price. 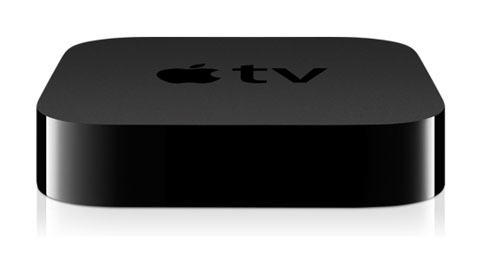 Pointing to verbiage on Apple's website stating that Apple TV is "starting at $69", John Paczkowski expects a more expensive version to be announced at WWDC. Besides updated hardware the new Apple TV would include an app store, which requires an SDK and developers to create apps for the device.