Accessory maker Case-Mate has launched a new line of high-end iPhone 5s cases for "him and her." The Designed for Him and Her collections include a wide variety of styles and prices. For example, you can add a little extra bling to your new gold iPhone with the rose gold Glam case for $50, or really splurge and drop $100 on the quilted leather and Swarovski crystal Madison case. 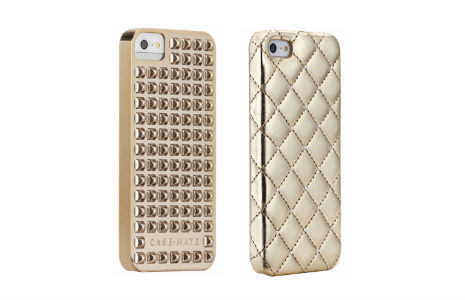 Case-Mate also offers more practical and affordable cases for all current iPhone models like the iPhone 5c, iPhone 4s and recently discontinued iPhone 5. You can even customize your own case with your own images for around $35, or choose from any of the other styles offered through Case-Mate.com.

Case-Mate is getting into the college football spirit with its Collegiate iPhone Case Collection. The iPhone and Samsung Galaxy compatible smartphone collection includes over 40 schools such as Texas A&M, Rutgers and Virginia Tech. Each individual university or college case features a few different designs with authentic colors and traditional logos. 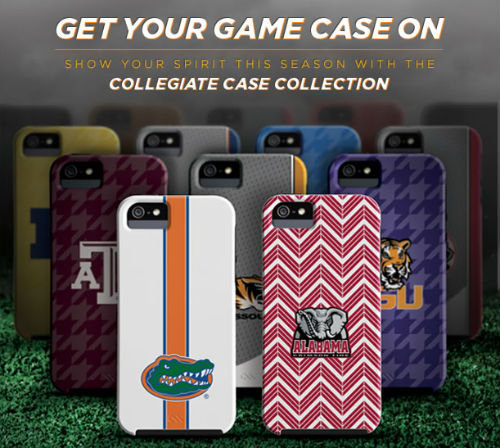 The Collegiate Collection is also part of Case-Mate's Tough Case series. Each case features a slim, two-piece design with a shock-absorbing flexible bumper to protect against bumps and falls. The cases are designed using a resistant polycarbonate hard shell and a shock-absorbing interior cushion, and sport a textured easy-to-hold grip.

Case-Mate has rolled out another line of high-end cases for both the iPhone 5 and Galaxy S 4. The Case-Mate Acetates Collection features three new elegantly designed iPhone cases. The new designs include White Horn, Tortoise (w/ gold brushed aluminum), and Pewter. Each case features a two-piece design to protect the back and front of your device, and an interior patterned inlay for extra protection. The Galaxy S 4 cases only come in White Horn and Pewter. The Acetates Collection cases are $80 with free shipping.

If an $80 iPhone case is out of your price range, Case-Mate also offers more affordable designer and basic cases. Case-Mate's colorful line of Olo cases range from around $10 to $25, and feature sizes for all types of smartphones including the iPhone 4/4S.