Tired of having to search Gmail, Google Drive or Dropbox individually while trying to locate an individual file? A new app by Peoplematics allows you to search for emails and files on your iPhone at the same time. Findit features a simple UI that is easy to use, but where it really shines is how you are able to search for items. The app allows you to search for a file or email by entering a person's name, a time or what type of file you're looking for. The time and type options are interesting features because you may not always remember the name of a file you're looking for, but you may remember when you downloaded it, or what type of file it is. 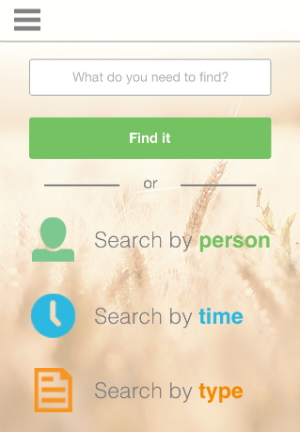 You can either begin a search by typing in a keyword, or by tapping one of the three search categories. For example, you can tap the "Search by time" option, then select a time frame, and then add a keyword to narrow your search. The UI is really simple to use, and the many search options plus filters allow you to easily narrow your searches down until you find what you're looking for. However, there are not many options once you locate the file.

Pearl Jam have announced a new app for iOS devices. The Pearl Jam Official app for the iPhone and iPad allows fans access to music, news and merchandise. The app also features a Pearl Jam timeline, a digital version of the official Pearl Jam lighter, and Facebook, Twitter, Instagram and Youtube support. 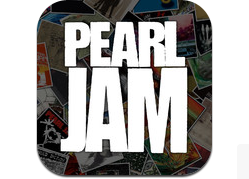 The official app description also promises future updates during the band's North American tour this fall. The app is currently free to download from the Apple App Store. The app supports the iPod touch, iPhone and iPad. It requires iOS 6 or higher. 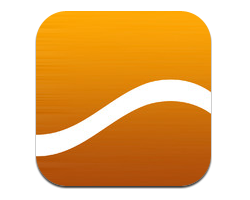 Rumors originally pointed to a June 27 release for the iOS and Android versions of BlackBerry's Messenger software, but CEO Thorsten Heins has confirmed that the long awaited BlackBerry Messenger won't be available until later this year. Heins announced that the cross-platform service will land on both iOS and and Android devices "before the end of this summer," during a quarterly earnings call this morning.

BBM will be free to download, but it will only support devices running iOS 6 or higher, and Android 4.0 or higher, according to MobileSyrup.com. The service will also initially be limited to messaging and groups at launch, with plans to add other popular BlackBerry features such as BBM Voice in future updates.

There should be an explosion in Vine activity now that Twitter has released its popular video sharing app to the Google Play store. This means almost anyone with a smartphone will now be uploading videos, and that Wil Wheaton will finally be joining the Vine community. As most users already know, Wheaton will not be the first celebrity on Vine. The app is full of famous people such as Jimmy Fallon and Tyra Banks, but there are also plenty of lesser known celebrities making a huge splash on the app with their daily hilarious videos. Here is a quick look at five Vine channels worth following... Especially if you're a new user. 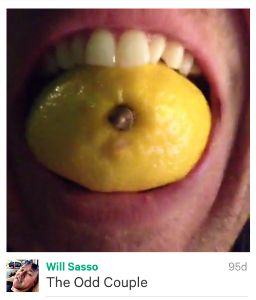 #5. Andy Milonakis' odd videos are always making it to the "Popular Now" section of the Vine app. His Creepy Money Dispenser, where he forces random strangers to take money while wearing an off-putting mask, is probably his funniest running gag. Milonakis is also known for uploading a few videos each day, which is always a plus on Vine.