iDealsChina has revealed an image they claim is China's first iPhone 5 photo. Seen below, the part is wrapped in plastic and looks to have a familiar iPhone screen profile. 9to5 Mac explains the part may be a digitizer panel for the next generation Apple iPhone. 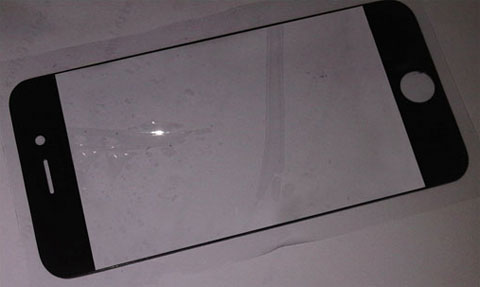 The black bezel on the part is noticeably thinner on all sides, matching previous reports from DigiTimes and others claiming that Apple is developing a 4-inch screen for the iPhone 5. A larger Retina display would compete with a variety of Android devices that already offer 4-inch screens.

The dimensions of the next generation iPhone already made news when alleged photos of a 4G replacement touchscreen and digitizer were released. The newer version was 1/4 inch (6 mm) taller than its predecessor and appeared to have space at the top or even a cutout for a possible front-facing camera.

Now a video of the same part has hit YouTube, and the appearance of the replacement LCD and digitizer assembly looks very similar to the photos we've already seen. Soundtrack selection notwithstanding, this video clearly shows an elongated iPhone screen. That being said, Apple has been known to change specs on its products anytime before launch and will never let on before an official unveiling.

Will the next iPhone model be taller than its predecessors by a quarter inch (6 mm)? If these photos are to be believed, iResQ has received fourth-generation parts that show an iPhone with additional space at the top of the device. 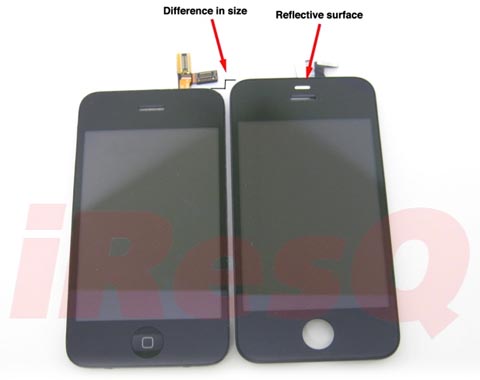 iResQ acquired the parts as a sample from what they describe as a "reputable source" and note the fact that Apple could still change the design of the next generation iPhone before official release. Pictured above are parts from a 3GS on the left and a 4G iPhone on the right. 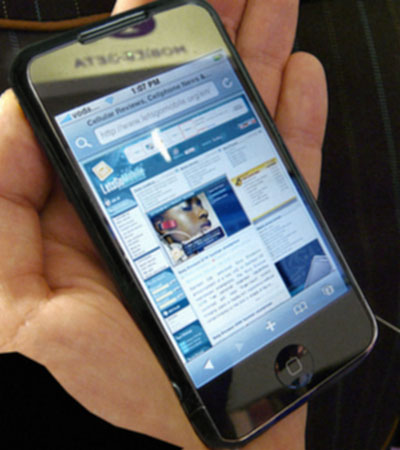