Another batch of alleged iPhone 5S parts is making the rounds, this time from Czech site Letem Svetem Applem. The parts detailed include the next generation home button, vibration motor and front-facing camera. Other leaks have shown gold exterior parts, indicating the iPhone 5S may come in multiple colors. 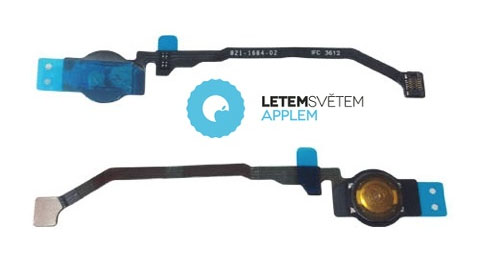 When it comes to the home button pictured, the shape of the Czech part differs from previous photos of iPhone 5S home buttons. The actual button, however does not look much different from current home buttons on several generations of Apple's iPhone. It's possible that the rumors circulating around a fingerprint-scanning home button will not come true this year.

Scratched up the aluminum back on your iPhone 5? Now you can get a replacement back plate in white or black for $99. The same folks over at iPhone5mod that have brought the illuminated iPhone 5 Lightning cable to market are offering the rear case replacement parts. 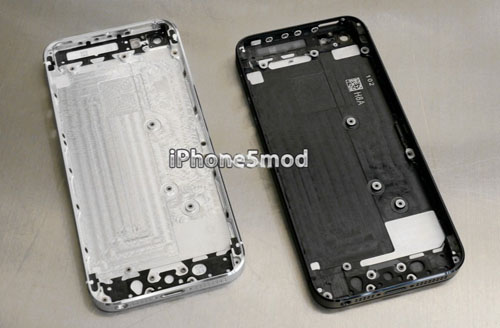 The rear panels pictured on the product page look identical to production iPhone 5 parts except they are missing country-specific certification information normally found printed below the iPhone name. iPhone5mod is using original Lightning connector chips in its 8-pin cable, and claims the back iPhone 5 cover is also 100 percent original.

Good news for those looking to buy replacement parts for a non-existent iPhone. The home button for the next generation iOS device is here, and it will cost you five bucks. The parts come to us direct from Shenzhen, China's TVC-Mall. The home button comes in white or black.

The only difference between the next generation iPhone home button and the iPhone 4S part is a wider recessed base around the outside of the central button. The current part has two tabs sticking out of the sides, instead of a rectangular base around the entire edge. 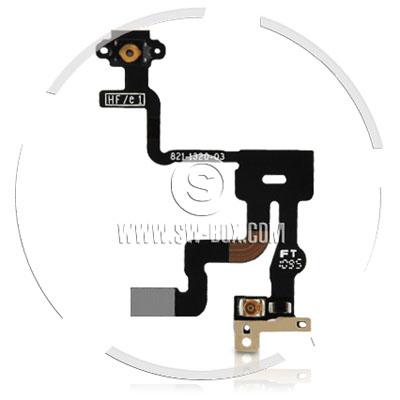 A teenager and his parents earned $130,000 selling white iPhone 4 kits, but they have also earned the privilege of being sued by Apple. The company filed a complaint against the owners of WhiteiPhone4Now.com for selling unauthorized conversion kits including leaked parts from the Foxconn factory in Shenzhen, China.

The site went down after Apple sent them a letter to cease and desist operations at the beginning of December 2010. Apple co-founder Steve Wozniak is one high-profile customer of the site who converted his own iPhone 4 to white using one of the bootleg parts kits. Apple filed a voluntary dismissal in court at the same time it filed the complaint.