iLounge's Jeremy Horwitz has learned new details about Apple's next generation iPhone. Horwitz claims that Apple is ditching the rumored “teardrop-shaped iPhone 5” for a longer and thinner glass-bodied design. According to Horwitz, the new iPhone will be made partially from Gorilla Glass 2, and feature a flat, not curved, metal panel on the rear of the phone.

"The change in height will include a lengthening of the prior 3.5” screen to roughly 4” on the diagonal. As the new iPhone won’t widen, this appears to confirm that Apple will change the new iPhone’s aspect ratio for the first time since the original iPhone was introduced in 2007, adding additional pixels to the top and bottom of the screen. A change of this sort took place between the fourth and fifth generations of the iPod nano, but didn’t impact any third-party software." 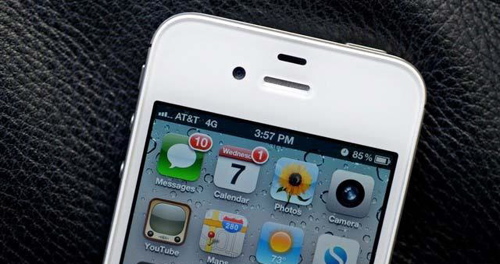 iPhone 3GS and 3G owners are expecting the iPhone OS 4 release from Apple today. Renamed iOS 4, the new firmware adds 100 new features including multitasking, folders and more. Apple watchers are predicting that the company will make the update available on its servers by 10 am Pacific time (1 pm EDT).

Demand is sure to be high as millions of devices, including the iPod Touch, are eligible to receive the operating system upgrade for free. Users will certainly flood Apple's servers with requests, much like the iPhone 4 pre-order swamped AT&T and Apple. iOS 4 requires iTunes 9.2.

Some lucky customers have received notification from Apple that their iPhone 4 pre-orders have shipped and will arrive on time. Launch day is June 24, and some of the notifications have listed the "Delivers By" date as June 23, a full day ahead of schedule.

As has happened before, it's likely that shipping companies will hold the package to insure that everyone receives the iPhone 4 on June 24. The iPhone 4 pre-order process has been fraught with difficulties for many customers, including some receiving notification that their pre-order was cancelled, not shipped.

Confirmed: the iPhone 4 will not be available in white on launch day. In fact, customers who had pre-ordered the white version of Apple's latest creation were notified by Best Buy that the device will not ship due to manufacturing delays. Other customers have received notification from Apple or AT&T that their pre-orders have been cancelled due to overwhelming demand and website processing errors.

The white iPhone 4 specifically has been a source of rampant speculation ever since the device was demoed at WWDC after Steve Jobs' keynote speech. Apple initially announced that both the white and black models would be available on launch day June 24.