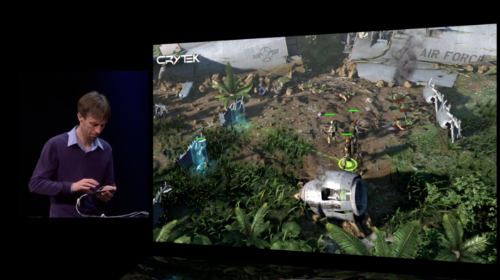 "With the new MFi controller, The Collectibles will allow players to use a touch-based navigation and cover system, but also seamlessly transition to the D-pad and physical controller buttons. For example, using touch controls, the user could draw a path to move a single character or double tap to move the entire squad. With the MFi controller, users can control the entire squad with the D-pad, and position characters behind the closest cover with single button presses.

It sounds like Crytek listened to Apple, who stressed that having a controller should not be a requirement of any new iOS games.

Crytek did not announce a release date for The Collectibles, but it will probably launch sometime in the fall after iOS 7 goes public.