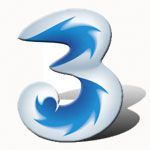 fixed priced point in some countries. This jives well with reports from earlier this month which indicated that AT&T would be selling the iPhone at a subsidized price as low as $199.

Other recent rumors have indicated that the new 3G iPhone will also coincide with, and thus come loaded with, the release of the iPhone version 2.0 firmware. This is not much of a stretch to say the least, as the current version of iPhone firmware doesn't support for the features the new 3G iPhone is expected to possess. Additionally, recently released screenshots from the newest beta version of iPhone 2.0 firmware revealed support for toggling 3G service on or off within the iPhone.

So are we less than 3 weeks away from the official launch of the 3G iPhone? With the "confirmed" reports mounting, it is seeming ever-more-likely. Surely, Apple will keep us guessing in the interim.

So, will the new iPhone be released after WWDC, that is AFTER the end of the conference (after June 13th) or after the conference starts (June 9th)? In any case, will it delay to come to Chicago?