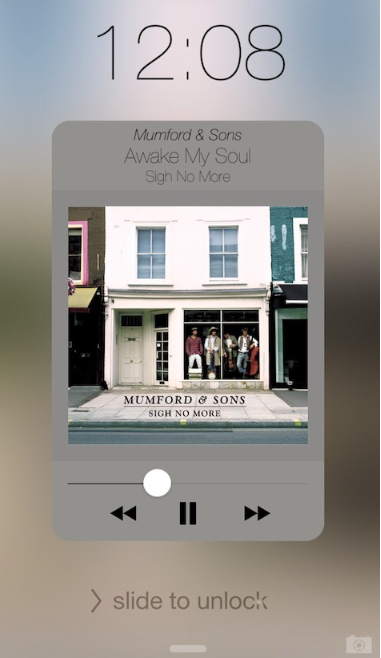 The jailbreak tweak Helius 2 provides another way to modify lock screen music controls on iOS devices. Similar to Spin or the CustomCover theming tool, Helius 2 makes cosmetic changes without drastically changing functionality. Once installed, the tweak can be enabled with a toggle under Settings.

There's only one option, which adds Background artwork to the mix. When this is enabled Helius 2 will generate a blurred background to the music controls based on album art. This feature automatically changes based on what album is currently playing, and adds a nice touch to match the displayed album cover. Helius 2 is fully compatible with any music apps that use the lock screen music controls in iOS.

Helius 2 is available from the BigBoss repo on Cydia for $0.99. Those who have already purchased Helius can get the upgrade free of charge. To start customizing iOS, click here for instructions on jailbreaking iOS 8.0-8.1.2. Those with older firmware can jailbreak with Pangu (iOS 7.1) or evasi0n 7 (iOS 7.0). Find out how to purchase and install Cydia tweaks with this guide.