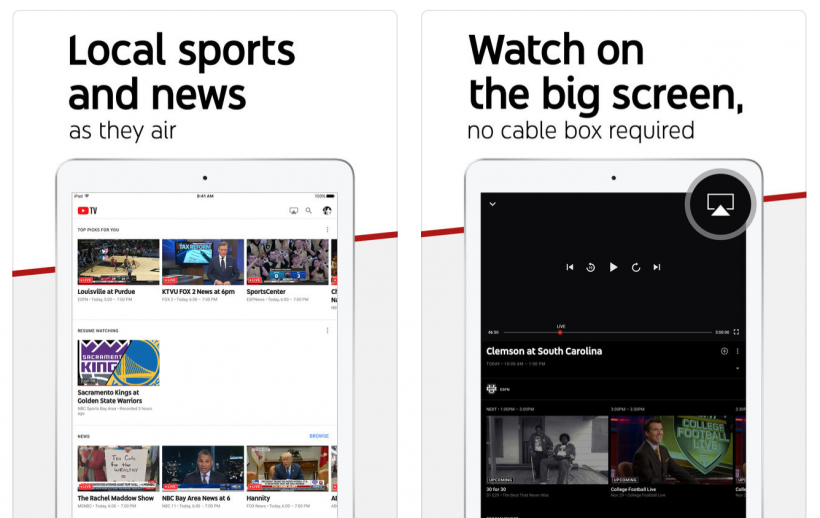 Google has delivered its YouTube TV app to Apple TV. Apple TV owners were initially expecting the app to launch in 2017, however it was delayed. This week brings the tvOS version of YouTube TV to the App Store, as well as a native app to Roku streaming devices. Previously, YouTube TV subscribers had to deliver content to their Apple TV using AirPlay from an iOS device.

YouTube TV brings a bundle of live channels to a variety of streaming devices across the US. For a subscription of $35 per month, viewers can see live content from ABC, CBS, FOX, NBC, ESPN, AMC and more. Live sports and local news are included in the offerings, with extra channels such as Showtime available for an additional cost. Content can be enjoyed on iOS devices, Apple TV, Roku, Xbox One, Android devices and a variety of smart TV models.

YouTube TV delivers many popular channels to 80 market areas around the country, with no long-term contract or cancellation fees. Subscriptions to YouTube TV can be charged directly to an iTunes account and have the option for automatic renewals every month. Google also offers up to six separate accounts per household. Each user receives their own unlimited DVR in the cloud, with recorded content being saved for up to nine months. Each account comes with its own login and recommendations.

Apple was widely rumored to be working on its own bundle of live TV channels, however the streaming service never came to fruition. While the Apple TV includes features such as Live Tune-In and the TV app, it's not clear if Apple still plans to launch its own live TV app aimed at cord-cutters.