Apple engineers just keep coming up with cool ideas. It's too bad they are light years ahead of mobile carriers. Another patent has been discovered that would allow iPhone users to share media during an ongoing phone call. 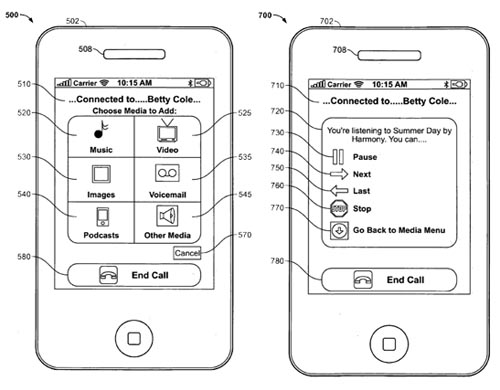 Imagine talking to a friend and playing a pop hit for this person without leaving the phone call. Not only will you both hear the music, you can discuss how bad it is in real time. 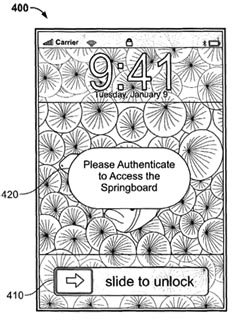 Picsel Technologies and Picsel Research, both based in the UK, have filed a lawsuit against Apple in the Delaware US District Court. Picsel alleges that Apple is illegally using patented screen rendering technology in the iPhone and other devices.

The company has apparently licensed its technology to companies such as Motorola, Nokia, NTT DoCoMo, Palm, Samsung, and others representing 250 million mobile devices worldwide. The technology in question speeds up rendering to make actions like panning and zooming appear smoother.

We've already reported in this forum about the patent awarded to Apple for a "Touch screen device, method, and graphical user interface for determining commands by applying heuristics." Well it seems they've already flexed their muscle with Google during the development of Android.

Apple has just been awarded a far-reaching patent titled "Touch screen device, method, and graphical user interface for determining commands by applying heuristics." Does this sound enough like an iPhone? The patent may be the first step in a legal battle between Apple and Palm over the Palm Pre. The two companies have already started to exchange harsh words.