Getting the perfect shot on an iPhone can sometimes require patience. Even with burst mode, the Camera app takes time to load up and display a preview before images can be captured. The jailbreak tweak QuickShoot Pro for iOS 8 changes all this, by making image and video capture nearly instant directly from the home screen.

With QuickShoot installed, the Camera app icon acts as a capture button itself, without ever loading the normal camera user interface. Double tap to snap a photo immediately, or triple tap to begin recording video. The Camera app icon will change to illustrate what function is currently taking place. QuickShoot Pro for iOS 8 has ample settings to play with as well.

With iOS 8, Apple has finally given third party developers access to some iOS core features like the keyboard, camera and Safari among others. This has been done through a feature called "Extensions," which allows iOS apps to interact with third party apps. This means that you can download a photo editing app from the App Store and access it directly from Photos, rather than leaving photos, opening up the app and then opening the photo you want to edit, which makes things a whole lot simpler.

Here's how you add extensions to your Photos app:

1. Open your Photos app and choose a photo to edit. Tap edit in the top right corner.

2. If you have any relevant apps on your iPhone/iPad, you will see a "More" icon in the top left corner that looks like three dots. Tap on that.

One of the default features of iOS 8 stores pictures deleted in the Photos app directly to an album titled Recently Deleted. With no further interaction, images are deleted from this album after 30 days.

There is no way to remove or delete the Recently Deleted album. There is also no option to turn off this iOS 8 feature and delete photos immediately. 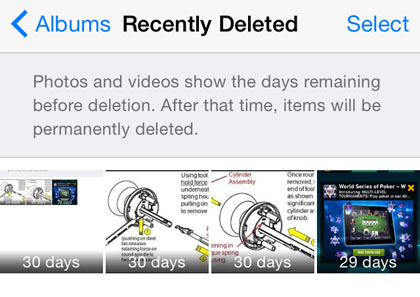 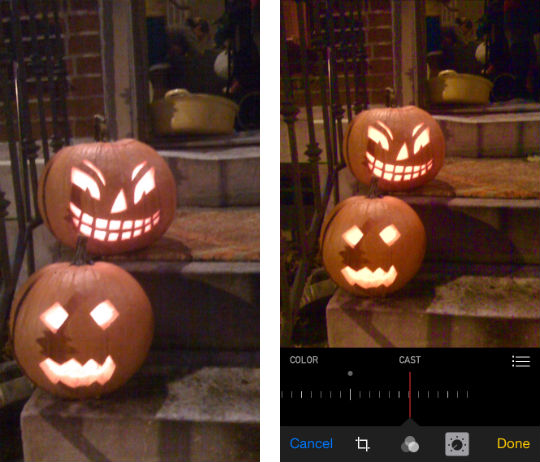 To edit a photo, simply tap the Edit button in the top right of the screen. Don't worry about ruining a photo, as you can always revert to the original later on.

The timer is one of several long awaited and much welcomed additions to the Camera app in iOS 8. Obviously this is needed if you want to include yourself in a photo, but it also comes in handy in low light situations when using a tripod, where tapping the shutter button could result in camera shake. 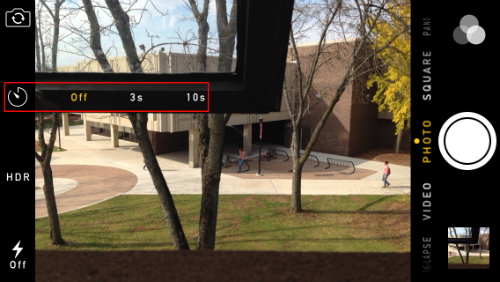