It was a very eventful week for the Apple App Store. On June 17, Halfbrick Studios made all its titles free after releasing its newest game Birzzle Fever. Halfbrick is the creator of the popular titles Fruit Ninja and Jetpack Joyride. Mysteriously Apple also decided to make Halfbrick's Fish Out of Water its Free App of the Week the same week it became a freemium title.

Facebook announced its plans to add a new sidebar to its iPad app to push more game suggestions to its users. Facebook said "more than 70 percent of people who use Facebook for iPad worldwide played a Facebook-connected game in the past 90 days." The company also released its Snapchat competitor Slinshot to the App Store. The app allows users to send photos or videos that disappear after a user views them.

"Apps may facilitate transmission of approved virtual currencies provided that they do so in compliance with all state and federal laws for the territories in which the app functions." 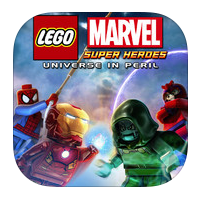 This is a port of the popular Nintendo 3DS version of the game released last year. Players can utilize over 90 Marvel superheroes, such as Iron Man and Spider-Man, to take down Loki and his super-weapon capable of destroying the world. The game features 45 missions to complete and console or touch screen controls. 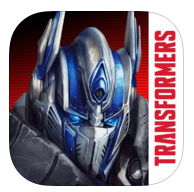 DeNA and Hasbro have released an iOS game tie-in to the upcoming Michael Bay movie Transformers: Age of Extinction. The game is another 3D action endless runner where players can recruit and customize their own team of Transformers to take on the Decepticons.

Rovio Entertainment also announced this week that they would be releasing an Angry Birds / Transformers team up later this year. 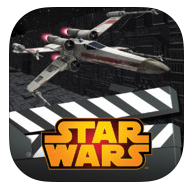 Disney's Star Wars Scene Makers allows fans of the franchise to create their own scenes using 3D environments, original music and dialogue straight from the movies. The app also features voice filters so users can record their own dialogue to sound like Darth Vader, a Rebel Pilot, or a Storm Trooper. 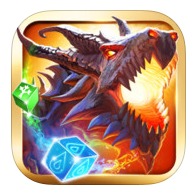 In Gameloft's free RPG players can summon over 220 powerful warriors to take on various foes and defeat the dragons. The game features a match-three battle system and the ability to upgrade characters. 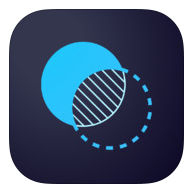 Adobe released a host of free tools for both the iPad and iPhone. The iPhone app requires Adobe Lightroom 5 and a subscription to one of Adobe's Cloud-based services. It allows users to organize and edit images from their iPhones. The iPad apps include a free drawing and drafting tool, a sketching tool and a way to combine the power of Adobe Photoshop software with an iPad.

- MoreInfo ($0.99) An Activator extension that allows you to quickly access more information about songs or other media currently playing on your device
- DockWare ($1.99) Access your iOS dock from anywhere
- Volume+ ($0.99) Adds an improved volume HUD to your iOS device