George Hotz (Geohot) has released the newest update of his jailbreaking tool blackra1n, version RC3. In addition, he has made public a true carrier unlock for the latest firmware iPhone OS 3.1.2 and baseband 05.11.07. 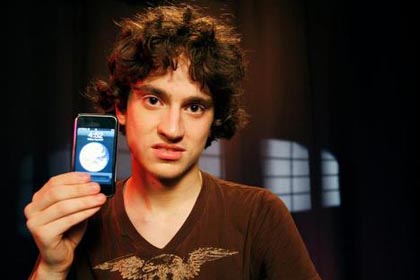 Geohot's blackra1n RC3 software jailbreaks any iPhone running 3.1 or later in seconds on both Mac and Windows platforms. A reboot is all that's needed.

Here we go again. With Apple's release of iPhone OS 3.1 the iPhone Dev-Team has been busy getting jailbreak and unlock solutions ready. The first of these software packages is Pwnage Tool 3.1 for Mac OS X.

The latest firmware update released by Apple may have improved security and added features, but some iPhone owners are having problems. Reports from users on the Apple support forums indicate a major problem with updating to iPhone OS 3.1 on the iPhone 3G.

Users are ending up with bricked phones, and iPhones that crash several times, requiring a hard reboot. Holding the sleep and home button doesn't always work, however. Some users are finding it necessary to downgrade to iTunes 8 and firmware 3.0.1 to solve the problems.

The software adds new features and includes bug fixes. iPhone Dev-Team has recommended against updating your firmware until further notice if your iPhone is jailbroken and/or unlocked.