Apple was fined 3 million won ($2,830) by the South Korea communications regulator for collecting location data from iPhone users without their knowledge.

In April, U.S. researchers discovered that iPhones stored location files for up to a year. Apple claimed that they weren't tracking users, but that the files were used as part of their GPS system to track Wi-Fi hotspots and cell phone tower locations. The company eventually admitted that a year was too long, and changed it to seven days with the release of iOS 4.3.3. 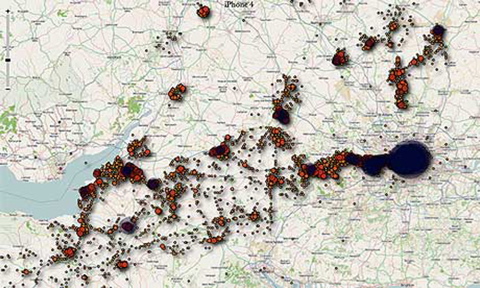 Ater a four-month investigation, the KCC ordered Apple Korea to pay the small fine for violating their location information laws. The Korea Communications Commission said Apple has been collecting the data from June 22, 2010, through May 4, 2011.

Apple filed another round of complaints with the International Trade Commission to try and block the sale of HTC devices which they claim infringe on their patent rights. The complaint is similar to the lawsuit Apple filed claiming Samsung's Galaxy products “slavishly” copied iPad and iPhone technologies.

HTC general counsel Grace Lei said HTC is "disappointed at Apple’s constant attempts at litigations instead of competing fairly in the market. HTC strongly denies all infringement claims raised by Apple in the past and present and reiterates our determination and commitment to protect our intellectual property rights.”

This is not the first time Apple has gone after HTC. In March, the company sued HTC over 20 patents mainly targeting their Android Devices.

GetJar CMO Patrick Mork issued a harsher reply to Apple's cease and desist over the name the "App Store:"

Forget the iPhone 4S or the iPhone 5, how about the iPhone 6? The Apple/Samsung catfight has made things awkward for the two companies, and may cause Apple to move to its orders for A6 processors to Taiwan. 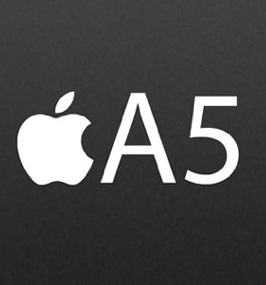 The iPhone's A5 chips are currently made in Korea, the latest battleground for Apple's lawsuit against Samsung. Apple alleges that Samsung's Galaxy S and other mobile devices "blatantly” copy its technologies and designs.

A teenager and his parents earned $130,000 selling white iPhone 4 kits, but they have also earned the privilege of being sued by Apple. The company filed a complaint against the owners of WhiteiPhone4Now.com for selling unauthorized conversion kits including leaked parts from the Foxconn factory in Shenzhen, China.

The site went down after Apple sent them a letter to cease and desist operations at the beginning of December 2010. Apple co-founder Steve Wozniak is one high-profile customer of the site who converted his own iPhone 4 to white using one of the bootleg parts kits. Apple filed a voluntary dismissal in court at the same time it filed the complaint.

All of those smurfberry sales have led angry parents to sue Apple over its in-app purchasing policies, thanks to kids racking up credit card bills via iTunes. The problem is that minors playing free games on the iPhone or iPod touch made headlines when hundreds or thousands of dollars in in-app purchases was showing up on their parents' credit card bills. 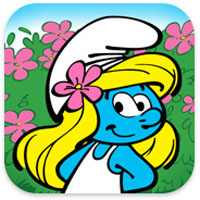 One notorious game is Smurf Village from Capcom Interactive, which allows the purchase of a $99 wagon of smurfberries. The lawsuit, filed in US District court in San Francisco, states that "these games are highly addictive, designed deliberately so, and tend to compel children playing them to purchase large quantities of Game Currency, amounting to as much as $100 per purchase or more."