So you've watched the videos and looked at the photos of iPhone 3G disassembly and now you're ready for action. The glass screen is cracked and/or the LCD is broken and you have no intention of spending days without your device and paying Apple $200 or more. Although the do-it-yourself attitude is noble, it could cost you even more money if you're not careful. The tutorials above are a good start, but more details can only help.

Take these tips to heart if you're going to fix the screen yourself. First and foremost don't ever buy the glass alone (typically $20). It's useless. The digitizer can't be detached from the front glass. The next best option is the front glass and digitizer together (around $60). The LCD is mounted with screws behind the digitizer and runs $80-90. Remember, you perform this repair at your own risk, and will render any remaining warranty invalid.

Amongst the Black Friday mayhem Zagg, makers of the invisibleSHIELD, have announced today what just may be the best set of iPhone earbuds released to date, the Zagg Z.buds. They also just may be the best afforable holiday gift for iPhone owners. Now, in all fairness, we've yet to get our hands on the Z.buds in order to review them (though we will have a review available soon enough).

The good folks at our sister site, unwir3d.com, have scoured the world of Black Friday and Cyber Monday deals to pick out this year's best deals. Not many stores advertise their Black Friday sales before the day itself arrives, because they usually have a plethora of other sales going on in the preceding days, and they wouldn't want you waiting around for a better deal. This electronics-themed list, however, has managed to dig up some of the best deals around for the start of this year's holiday shopping season. 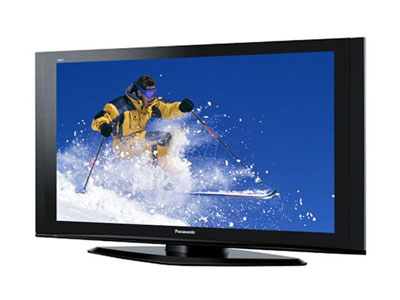 The deals pretty much cover the electronics spectrum, including HDTVs, laptops, digital cameras and other must haves. One of the more notable deals (hence number one) is the 50 inch Panasonic Viera HDTV. unwir3d found that NewEgg will be selling this 1080p beast for just $1399, which is almost 50% off its list price of $2699. Another gem is the Nikon D300 DSLR. This 12.1 megapixel camera will be $1324 on

Hot on the heels of the latest iTunes update (8.0.2) the latest iPhone firmware (2.2) was released early this morning. It appears there are some pleasant surprises, as some unexpected features have been added, including a 3G baseband update. This update will not affect first generation iPhones but promises to reduce dropped calls and call setup failures on 3G models.

Other unexpected improvements include improved sound quality of Visual Voicemail messages, enhancements to Mail, and a new use for the Home button. Now from any Home screen pressing the Home button will display the first Home screen. This is a simple change that will cut down on tiresome swipes between screens.

Three more days until the latest iPhone software release. Ever since the September release of firmware 2.1 there has been speculation of what features might be added to 2.2. Confirmed improvements mostly revolve around the maps application, including pedestrian and Google Transit directions, Street View, and location sharing.

Firmware 2.2 also includes improvements to the MobileSafari browser, support for audio input from third-party devices, and over-the-air (OTA) podcasts. Downloads of audio or video podcasts will be limited to 10MB file sizes when using 3G or EDGE, similar to app store downloads.