Apple Tips of the Week: Get more out of Apple TV, podcasts and Miitomo 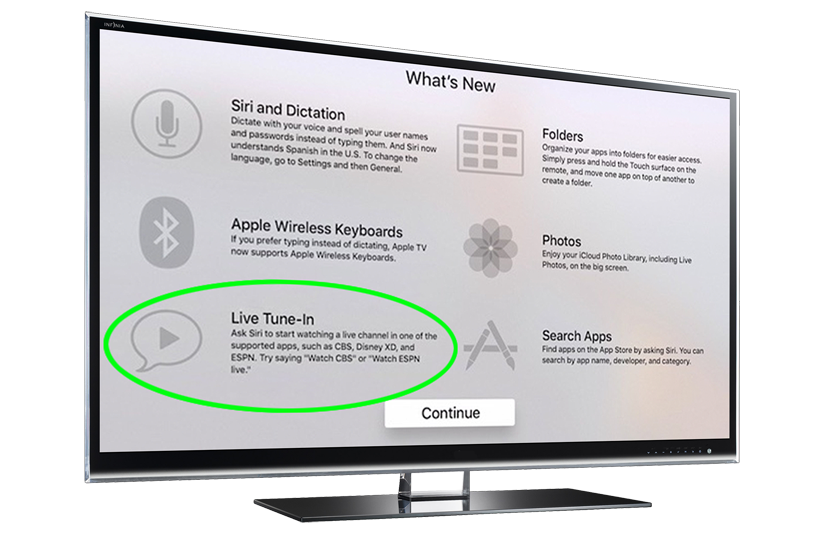 Check out this week's tips to get the most out of your fourth-generation Apple TV. You can easily find live TV with Siri's help, or travel to an exotic location without leaving the couch. However, redeeming Apple gift cards will require an iPhone, iPad or a trip to iTunes on the computer. Discover new podcasts with the free app Aurora, and maximize your Miitomo rewards with a few simple tricks.

Podcasts. There are thousands of options, which can make it difficult to find the diamond in the rough. Aurora - Podcast Discovery changes the equation by offering organic recommendations based on your initial subscriptions. Aurora also analyzes your general interests to find exciting new podcast areas. The app's versatility and free price tag makes it a strong contender for everyday use.

Surf the world from your Apple TV

Check out this interesting way to see the world from the comfort of your living room. TV Maps uses MapKit to display Flyover and other Apple Maps features directly on the Apple TV. Navigation uses the Siri Remote for an intuitive feel. Directions found in TV Maps can even be sent to an iPhone for later use in the real world. Use the Apple TV to plan your next trip!

So you just received an iTunes gift card and you're interested in spending cash on some Apple TV games. Or maybe you received an app promo code. A quick look at the App Store on Apple TV reveals on place to redeem these codes. That's because you have to follow these steps on an iOS device or computer to redeem before returning to the Apple TV.

Get the most Miitomo rewards as possible

Nintendo's foray into iOS apps has started with an addictive social app Miitomo, which revolves around creating and maintaining characters known as Miis. There is somewhat of a learning curve to maximize your time with the game, and collect as many rewards as possible. These five tips can make it easier to get rolling with Miitomo, including answering questions, messaging, linking accounts and more.

Use the new Live Tune-In feature on Apple TV

Apple is reportedly still working on cutting live streaming deals with content providers, and producing its own TV shows. In the meantime, fourth-generation Apple TV owners can now quickly access live video in a variety of supported apps. The secret is to use Siri to jump directly to live streams with the new tvOS Live Tune-In feature.