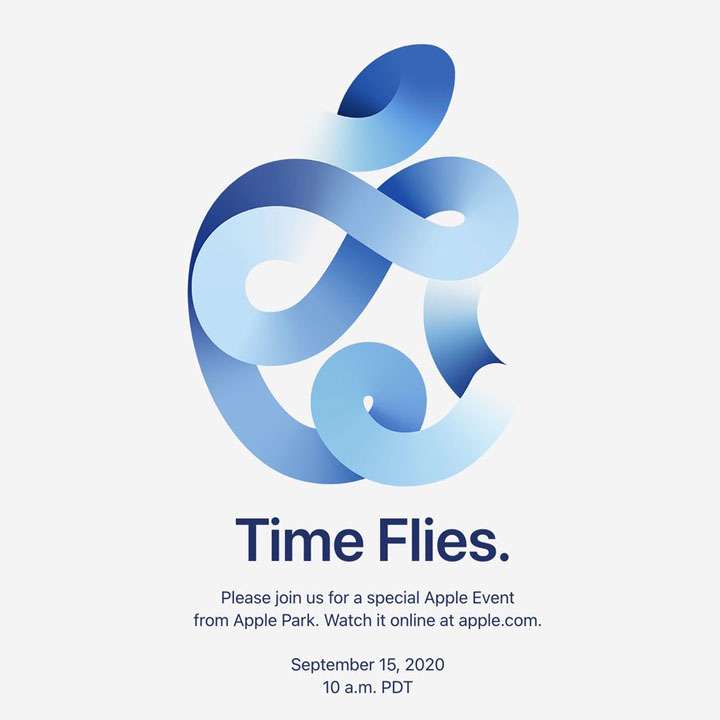 Apple has officially sent out invites to its highly-anticipated media event taking place at Apple Park. The event will stream online starting Tuesday September 15, 2020 at 10:00 AM Pacific time (1:00 Eastern). Several new product announcements are expected, however it's looking as if the iPhone 12 reveal may be postponed until a future date. One leading indication is the September event title, "Time Flies".

So what can we expect at Apple's special event next week? Here's a sneak peek at some of the speculation surrounding upcoming Apple hardware:

Almost certainly the next installment in Apple Watch hardware will debut. The Series 6 is expected to take advantage of new sleep tracking abilities seen in beta versions of watchOS 7. Not only this, but an entry-level version of the Apple Watch with a plastic case might be on tap. This particular model may be marketed towards a younger cohort, tied in with a watchOS feature dubbed Kid Mode.

Other rumors point to an oxygenated blood meter joining the heart rate and built-in electrocardiogram sensors already on Apple Watch.

Apple first included the Apple U1 location chip inside the iPhone 11. This ultra-wideband (UWB) radio is touted as "GPS at the scale of your living room" by Apple. The company has reportedly been working on AirTags to take advantage of the U1.

AirTags would provide precise location services to help find missing keys or keep track of other objects using UWB technology. Similar products such as the Tile Mate are already on the market. Unlike Bluetooth solutions, UWB promises to transfer data more quickly and locate objects to within a few inches.

A new 10.8-inch iPad model may join the iPad Air lineup. The tablet will include updated internals as well as a redesigned case. The exterior should resemble the iPad Pro, with smaller bezels and a square edge. It's possible the next iPad will also follow in the iPad Pro's footsteps by switching from Lightning to a USB-C port.

The iPad Air 4 won't include a home button. Instead the upgrade will either sport Touch ID on the power button or integrate Face ID into the front-facing camera.

Last but not least, the iPhone 12 lineup may not officially appear until October. With production delays relating to the global pandemic, the iPhone 12 release is pushed back for 2-3 weeks this year. Apple is likely to postpone announcing the iPhone 12 until the product launch is closer to happening.

In October, the iPhone 12 and possibly an AirPower charging mat will launch. Three different screen sizes will be available between the iPhone 12, iPhone 12 Pro, and iPhone 12 Max, with flagship models including an on-board LiDAR scanner.