The 2014-15 NFL football season has officially kicked off and that means it is time to prepare for your fantasy football draft. Here's a quick look at all the fantasy football related apps, cheats sheets and draft kits recently updated for 2014.

NFL Fantasy Football Cheat Sheet & Draft Kit 2014 ($4.99) ***App of the Week*** This is a one stop shop for everything you'll need for your fantasy football draft. It includes updated player rankings and the ability to keep track of multiple leagues.

ESPN Fantasy Football (Free) ESPN's official FF app is a great way to stay updated on trades, injuries, and scoring updates throughout the season. It also offers draft kits for auction and snake leagues, plus access to ESPN's Mock and Live Draft Lobbies.

RotoWire Fantasy Football Draft Kit 2014 ($4.99) This app offers cheat sheets that adjusts to your league settings and it allows you to easily keep track of players on the board so you know who to draft next.

Fantasy Football Pro (Free) Draft kits and cheat sheets are a necessity, but it is also good to have a few backup opinions to help you make hard choices. This app offers tons of free tips from the top fantasy football experts.

Yahoo Fantasy Football... (Free) This app allows you to manage your Yahoo fantasy football team from your iPhone or iPad.

Just a quick note before we get to this week's new releases. Touch Arcade has an interesting post on how one of the most anticipated games of 2014, Godus, turned out to be a huge disappointment like Dungeon Master.

Here are this week's games, apps and jailbreak tweaks released to the App Store and Cydia through 08/03/14 to 08/09/14. Apple's Free App(s) of the Week are SketchBook Mobile and SketchBook Pro for iPad. The apps will be free on the Apple App Store until 08/14/14. 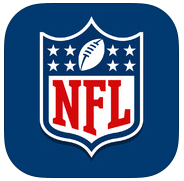 If you enjoy all those "exclusive video clips" found on most official sports apps then you will love NFL Now. The new app from the NFL gives users access to hundreds of videos of their favorite team team tailored by their viewing habits. It also promises to feature the "deepest NFL video library anywhere" and includes AirPlay support. The app is free to download but it is $1.99 a month to access its premium content. 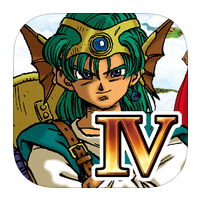 A port of the 2007 Nintendo DS remake, the iOS version of Dragon Quest IV brings back the group chat option and adds improved 3D backgrounds. The game also features the bonus sixth dungeon found on both the original PlayStation and DS games. For those who have never played Dragon Quest, it's an RPG with a turn-based battle system like Final Fantasy. 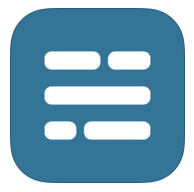 This is an interesting app that allows you to create a list out of any text on your device. For example, if someone texts you some items to pick up for a party, you can cut and paste their message into the app, and Alter will convert it into a list that you can check off as you do your shopping. 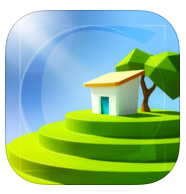 This is the game briefly mentioned above that is getting bad reviews from the internet, according to Touch Arcade, however the official App Store rating is 5 1/2 stars. The problem is that the game was funded on Kickstarter, and the hardcore gamers who funded it are not happy that it turned out to be a micro-transaction nightmare where it takes 5 hours to grow some wheat. If you don't mind timers, and like sandbox, resource management games, you may want to give Godus a look. It's free, so you can always delete it later if you dislike it. 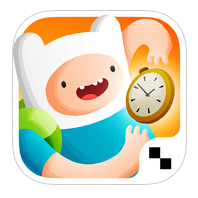