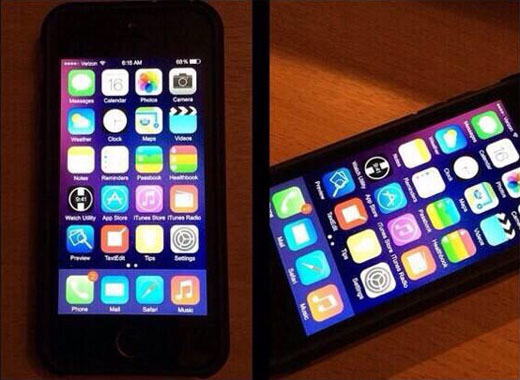 Rumors of two larger iPhone models launching later this year have been circulating for months. As mass production begins, photos of parts are starting to leak on Chinese websites such as Weibo. Two purportedly independent leaks seem to confirm a 4.7-inch diagonal iPhone 6 in the works. The white bezel below, with proper home button and earpiece cutouts, shows a larger size than the current model iPhone in black. 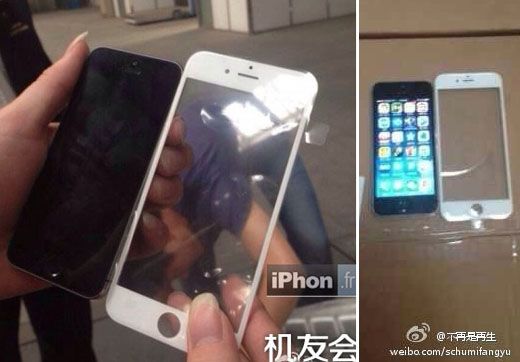 Additionally, these iPhone 6 parts point to displays with the same aspect ratio as the existing iPhone 5 and 5s. Whether or not the new display carries increased resolution remains to be seen, however the matching aspect ratio makes sense from an app development point of view. Changes to the display can require significant work for developers to accommodate a new device. 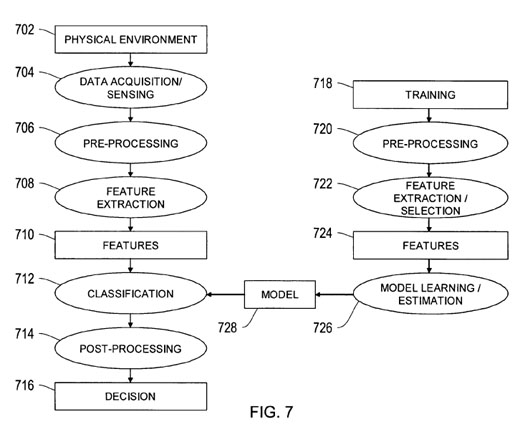 A European patent surfacing on none other than Patently Apple gives a detailed sneak peak at what could be a major part of tomorrow's iPhone 5S announcement. Not only has Apple been working on an integrated home button fingerprint sensor, but the company plans to integrate the technology with Near Field Communications (NFC).

Glimpses of the new home button can be seen on leaked iPhone 5S packaging, showing a silver ring around the home button on the black front bezel. The device would automatically scan the user's fingerprint using capacitive touch technology, which analysts predict will be housed under a sapphire lens. Fingerprint scanning and NFC would be facilitated by redesigned internal parts, including a home button ribbon with integrated chip.

Less than two weeks separates Apple fans from the next generation iPhone event. No surprise that parts leaks are increasing in frequency. In particular, there are new videos and photos of the graphite iPhone 5S, expected to launch alongside the gold flagship smartphone. The latest videos show both back panels in great detail, comparing the new colors to the iPhone 5 in existing colors silver and slate. 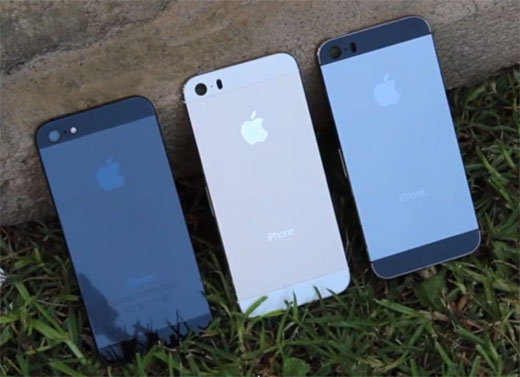 Somehow Apple has managed to tweak the exterior colors of the iPhone 5S while retaining the classy, refined look of the device. It's not clear whether or not Apple will launch the iPhone 5S in four different colors, or if gold and graphite will replace silver and slate entirely this fall. In any case, all of the leaked parts clearly show a pill-shaped slot for a brighter, more sophisticated dual-LED flash.