Photos of a scale model of the next generation iPhone have leaked to Gotta Be Mobile from a source within Apple's supply chain. Assuming these images are authentic, the engineering sample confirms several parts leaks and previous reports of a larger form factor. 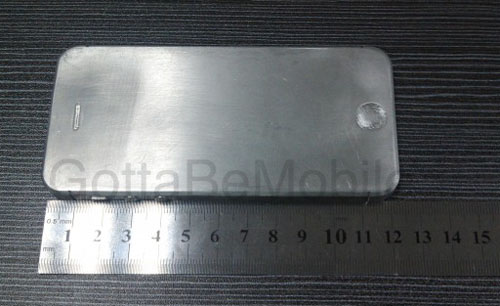 According to the engineering sample, which is typically used to mock up a product when fine tuning manufacturing processes, the iPhone 5 will be longer than its predecessor to accommodate a larger 16:9 display. Other aspects of the new design are also apparent in the metal model, such as camera placement similar to the iPhone 4S. 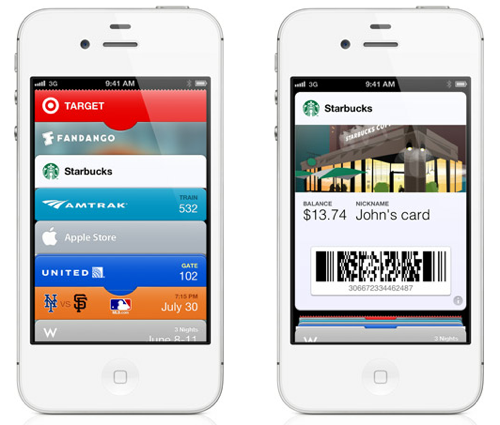 There have been many reports claiming that Apple has been working on a smaller port to replace the 30-pin connector currently used with the iPhone. TechCrunch claims that they have independently verified that the next generation iPhone will feature a 19-pin port. Several purported parts and case leaks have already shown the smaller slot, which TechCrunch describes as "similar in size to the Thunderbolt port available on many MacBook devices." This is bad news for independent manufacturers since it will make millions of iPhone accessories obsolete. 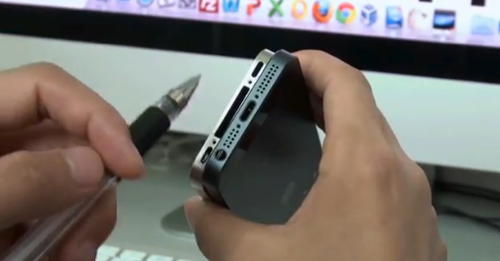 The change is most likely due to size constraints from the iPhone's new design. The new iPhone is expected to be thinner, and feature a larger screen leaving less real estate for Apple to work with. Apple has been using the 30-pin port since the release of the third generation iPod.

Hot on the heels of the impressive next generation iPhone renderings revealed last week, designer Martin uit Utrecht has given us even more eye candy. This time the renderings of the iPhone 5 are done in both white and black, complete with fingerprints on the metal back.

These designs are based on leaked parts and diagrams showing a slightly longer device with a thinner profile. The taller iPhone 5 will accomodate an extra row of home screen icons thanks to a larger film-aspect ratio display. Apps not optimized for the larger screen are expected to run in letterbox format.

Now that WWDC 2012 is only a few days away, there's been plenty of time for speculation, research, rumors and leaks. Apple is set to show off its latest mobile operating system next week, iOS 6. So what have we learned is already in the works for the firmware?

According to reports, Apple will focus primarily on major improvements to apps, while most functions of iOS will remain unchanged. iPad 3 owners will be happy to know that Siri is expected to launch on their devices with the release of iOS 6. So what does iOS 6 have in store for the rest of us?