Foursaken Media has really knocked it out of the park with its new match-three title, Puzzle to the Center of the Earth. Hopefully you didn't stop reading when you saw the words "match-three," because this game really breathes new life into the tired genre. First of all, Puzzle to the Center of the Earth is a platform game where you use match-three elements to dig your way to the center of the Earth. The goal of the game is to dig your way through colored blocks while looking for certain items. You do this by drawing a line with your finger to connect blocks of the same color to make them explode. This allows you to move and explore the caverns by swiping your finger on the gamepad located at the bottom of your display. 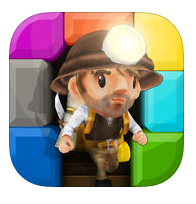 The main goal of each level is to dig your way down to the next level, but each cavern also has one gold star and secret switch that you can find. This is what gives the game its high replay value. Not only are there 80 levels to solve, but you will want to go back and try to uncover all the hidden items. This is easier said then done because you only have a certain amount of energy per level. And trust me when I tell you there is nothing more frustrating than finally finding the secret switch in a cavern to only run out of energy because you took too long!

tags:
Reviews
iPhone Games
Puzzle to the Center of the Earth

The Fire Phone was released on the AT&T network this week, roughly a month after the official announcement took place. Amazon is looking to compete with the likes of Apple, Samsung and others in the smartphone segment with a unique feature set. Initial reviews are already in, and the Amazon Fire Phone sounds less than groundbreaking. 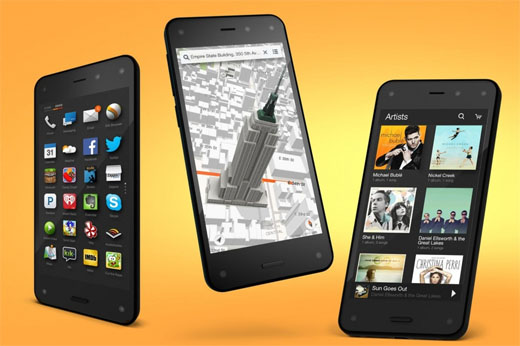 At launch, the Fire Phone will come in 32GB and 64GB flavors for $199.99 and $299.99 respectively, with unlocked versions starting at $649. The device is exclusive to AT&T for the time being. According to some reviewers, those who are Amazon Prime subscribers or who often use other Amazon services will see more benefits from the Fire Phone.

Some people may find Bio Inc. - Biomedical Simulator a bit controversial, but is there really any difference between blowing up your opponent in a first person shooter, or killing someone slowly by infecting them with horrible diseases? If you're easily offended or "triggered" then this is not the mobile app for you. The goal of the game is to kill innocent people by making them sick and it is a lot of fun! 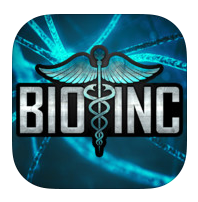 Bio Inc. is a simulation title where your skills at resource management games will help you succeed. The game play is simple, you just tap viruses to earn points to spend on three categories: Diseases, Risk Factors and Recovery. Like in any resource management game, you must spend your Bio Points wisely. Concentrating all your points on one part of the body, like the circulatory system, will only send your victim to the doctor so he can be cured. You want to take your time and shut down all of the person's systems at once , ultimately creating a lethal and incurable illness that doctors won't be able to stop.

Fans of Realore's popular Roads of Rome will want to check out Ladia Group's new time management game Next Stop for iOS devices. In the game players are tasked with rebuilding a dilapidated railroad to save it from being taken over by an evil banker. 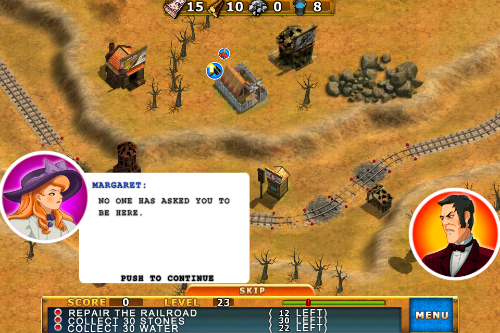 For those of you who have never played a time management game the premise is quite simple. Players must collect resources and complete objectives before a timer runs out. For example, in Next Stop you must collect wood, money and sometimes stone to rebuild parts of a broken train track. Unlike resource management games where you do a lot of waiting around, time management games are normally face-paced and require a lot of thinking ahead to complete each level. If you're slow on the draw or make too many mistakes you will run out of time and not advance to the next level.