Did you know that 80% of all iPhone failures are due to accidents? The problem is that most mobile carriers will not cover a smartphone like the Apple iPhone under typical insurance contracts. 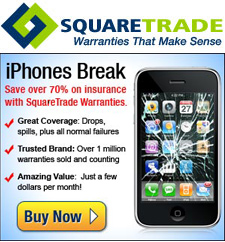 SquareTrade, a licensed insurance provider, offers the only iPhone protection that fully covers accidents from handling. The company has been in business since 1999 and has sold over one million iPhone warranties.

According to SquareTrade, "drops, spills, water damage, battery failures or any other failures from normal use or accidental damage" are all covered under their plans. This is the key difference between SquareTrade's insurance and other coverage options such as AppleCare.

Your iPhone comes with 90 days of technical support and a one year warranty from Apple, and many users have extended this coverage to two years with AppleCare. Unfortunately, if your iPhone is dropped and damaged or accidentally gets wet, Apple will not cover the repair.

The Core Cases aluminum slider is a sharp looking hard case for the iPhone 3G. Although the product is a little expensive, it's made of aluminum for strength and low weight. After using the Core Case for seven months, here are some observations. 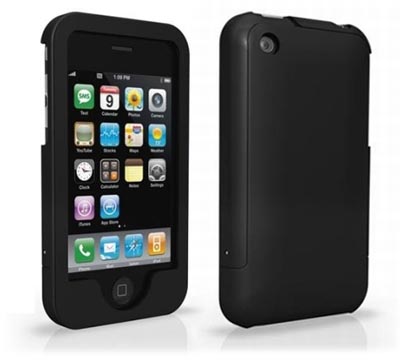 When the aluminum slider case (brushed black) first came out of the box, I was impressed. Unlike some other hard cases, there's an EVA foam layer on the inside to protect the plastic back of the iPhone 3G from scratches. Installation was easy, just place the phone in the back, and slide the front down until the side tabs click into place.

ZAGG is now offering Z.buds on their website at a discount. Buy one get one half price! Not only that, in the time since we reviewed the Z.buds on this site, ZAGG has introduced two new nylon cord colors, yellow and pink. 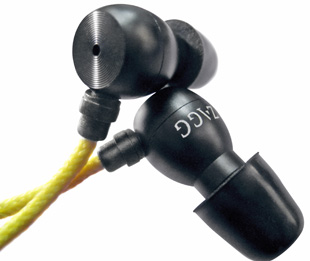 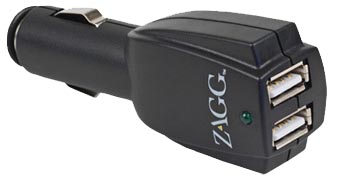 All products from ZAGGaudio come with a 45 day money-back guarantee, and ZAGG's lifetime trade-in guarantee. If your Z.buds should ever fail you, ZAGG will replace them for a $20 deductible that covers diagnostics, repair/replacement, disposal, processing, and shipping and handling.

Sometimes it's easy to forget that the iPhone is capable of producing quality audio. If you're going to spend money on accessories, a headphone upgrade is essential. The stock earbuds are functional, but let's face the facts. The white plastic earbuds that everyone wears don't sound that great. They're not very comfortable to wear for long periods, and the cord gets tangled after two seconds in a jacket pocket. Getting a pair of Z.buds is like getting a whole new iPhone. Let me tell you why.

The Bluetooth version of the Jawbone headset from Aliph is one of the best selling and highest rated BT headsets on the market. Though also marketed as the stylish man's Bluetooth headset, the Jawbone is sold mainly based on lofty claims made by manufacturer Aliph about the Jawbone's noise reduction/elimination technology. According to Aliph, this "revolutionary Noise Shield technology combines the latest innovations in acoustics, audio processing and product design to produce a quantum leap in headset performance."

Outlets such as CNET (who gave the Jawbone it's highest ever ranking for a Bluetooth headset), Walt Mossberg of the WSJ, and the Financial Times have already given the Jawbone rave reviews. Regardless, I was skeptical. You see, I've tried many other Bluetooth headsets that were positively reviewed. However, I've never found one of them the least bit useable or practical. Sound quality is always lousy (both in and out), pairing is often difficult and unreliable, and most headsets are downright unwearable because of comfort or fit issues.

So, I figured I'd give the Jawbone a try.

When the package arrived, I was certainly eager to give it a shot. The Jawbone lures you in with it's