There are many ways to simulate the look of the iOS 7 lock screen and allow access to the Notification Center without unlocking. Ayra provides iOS 7-like cosmetic changes and several new features all in one tweak, with a built-in switch to disable the tweak and a respring button right in the settings. The wide variety of toggles provided by Ayra are also configurable from the settings, and are added to Notification Center after installation. 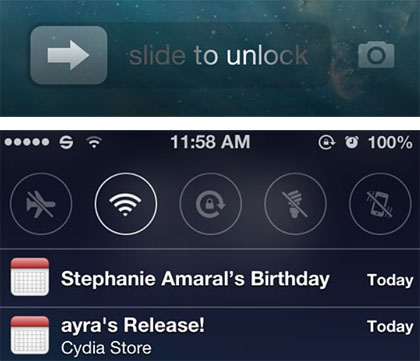 Jailbreakers familiar with IntelliScreenX will note that Ayra does not include as many features, but it also costs less. Besides an updated look for the lock screen slider and camera slider, Ayra makes it possible to swipe down from the status bar to immediately access Notification Center.

Many iOS keyboard enhancements are available, such as PredictiveKeyboard and SwipeSelection. Besides making certain tasks simpler with the virtual keyboard, the right tweak can save time. The same developers who created The Quick Brown Fox have launched a paid version of their jailbreak tweak named Keyboard Control Pro. 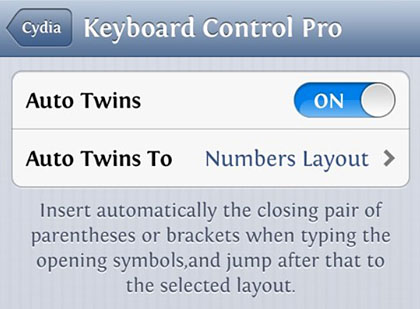 So what additional features does one get for $1.99? Keyboard Control Pro includes a whole new set of features under Quick Input that can be configured in the settings. One of these features, the Login Pilot, automatically inserts one of three preset email addresses in a login field to speed up the process on secure websites.

Looking for a new way to display the volume level on iOS? The default heads-up display (HUD) pops up right in the middle of the screen every time the volume level is adjusted. Now thanks to developer Alan Yip, there's a good looking tweak that moves the volume indicator to the status bar. 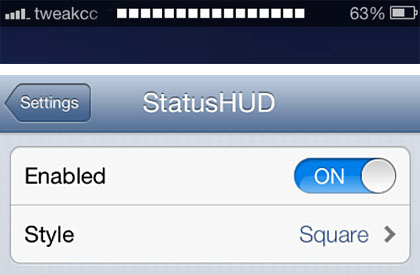 Once installed, tapping the volume up or down buttons will no longer block the center of the display. The volume HUD appears right in the status bar. When an app is in full screen mode, the status bar will even slide down as the volume is being changed, then slide back up out of the way.

Instagram's video feature has been gaining in popularity since its release, making it possible to capture videos to share instantly from any iOS device. Of course jailbreakers are always on the lookout for how an app can be improved. Now the tweak InstaChooser does just that, and adds the ability to import existing videos directly from the iOS Camera Roll.

Once installed, InstaChooser can be enabled or disabled via the Settings. When enabled, the tweak adds an Import button to the Instagram video capture screen. Just tap this button and a video less than 15 seconds long can be imported directly into Instagram from the Camera roll.

Keyboard tweaks designed for jailbroken iOS devices can increase efficiency and make typing on the virtual keyboard easier. Examples such as The Quick Brown Fox, AltKeyboard and SwipeSelection all have their own unique enhancements to the iOS keyboard. Now PredictiveKeyboard adds a popular Android keyboard feature to the list. 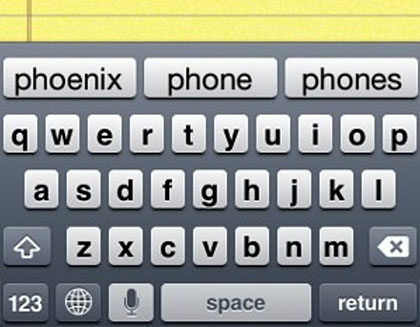 Once installed, the tweak adds a fifth row of keys to the pop-up virtual keyboard in all iOS applications. These keys adapt to predict words, which can be entered with one tap just like any other key. The best part about PredictiveKeyboard is that the tweak will learn new words and suggest the most commonly used words to speed up typing on your device.