Remember when AT&T required that all iPhone users pay for an unlimited data plan? Now that the carrier restricts new iPhone contracts to a choice of capped data plans, Verizon Wireless will initially offer its own unlimited plan to iPhone users for $30 per month.

Although this is slightly more expensive than AT&T's 2GB DataPro plan for $25, Verizon is banking on the strength of its network to lure subscribers to a CDMA-compatible iPhone. Analysts have estimated that Apple could sell up to 12 million Verizon iPhones in the first year of release.

After years of speculation, rumors and false alarms, it looks like Verizon Wireless fans are finally about to get their own iPhone. Invitations went out today for a special news event in New York City hosted by the president and COO of Verizon himself, Lowell McAdam. 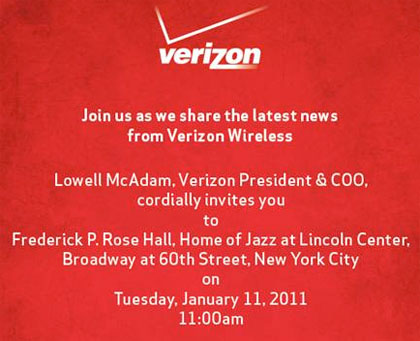 Although the invitation itself is vague, reports about the content of Verizon's presentation have gone wild on the Internet. This message comes on the heels of an iPhone-less CES just days ago, when the company disappointed Verizon-watchers with little news. Notably, CNET blogger Rick Broida reported on a tip he received two days ago stating that 1/1/11 would indeed bring a Verizon iPhone announcement.

Purported next generation iPhone 5 parts have been revealed by two independent smartphone repair outfits. This unreleased iPhone features four antenna separation gaps in the silver frame, one at each corner of the device. In contrast, the iPhone 4 only has three of these black lines. 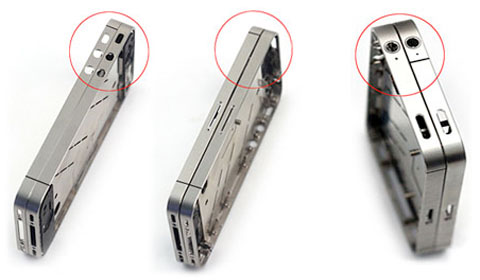 Although these changes to the iPhone frame are likely a redesign of the antenna, it's not clear if the changes are to accommodate the Verizon Wireless LTE network or simply to reduce the attenuation issues experienced by some users. Apple decided to distribute free cases to iPhone 4 owners last year due to complaints that the iPhone 4 dropped calls when held a certain way.

It's not clear whether or not there are any changes in case design required for the Verizon iPhone 4 model. The entries have since been pulled off of the web. Text anticipating the Verizon launch was also discovered on a Case-Mate landing page:

Those of you who were disappointed after hearing that Verizon Wireless would feature Android devices at the 2011 Consumer Electronics Show (CES) need only wait a little longer. Apple is likely to make the announcement of a new iPhone designed for Verizon's network and the end of AT&T exclusivity before Valentine's Day.

In a report detailing possible defections of iPhone subscribers, Business Week cites sources who claim an announcement will follow CES. This event takes place in Las Vegas from January 6-9, 2011.