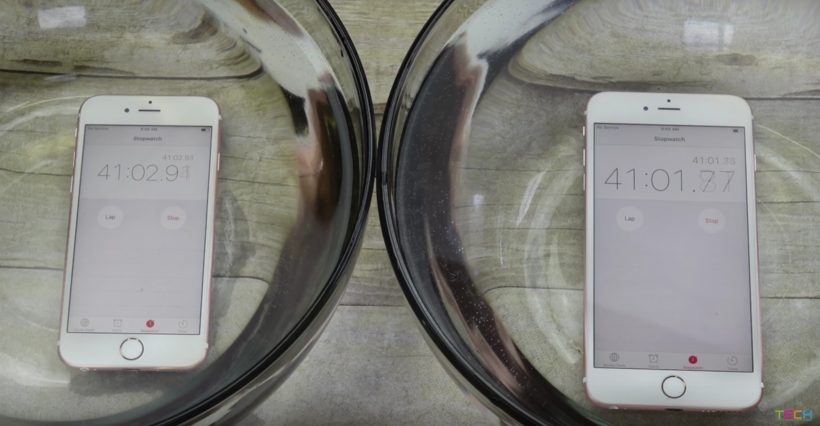 The iPhone 7 won't hit shelves for another nine months, but that hasn't stopped leaks from the supply chain. As usual, DigiTimes dishes the dirt on the next generation iPhone, with two choice tidbits surfacing this week. First off according to the report, Apple chassis supplier Catcher will use new compound materials for the exterior of the iPhone 7.

"Antennagate" did more than start the annoying trend where we add "gate" to the end of every Apple bug, it also sparked a class action lawsuit. Even though Apple maintained that the problem only affected a small number of iPhone 4 users who were holding their devices wrong, they eventually agreed to a settlement. On Wednesday, the co-lead counsel of the class action lawsuit announced that iPhone 4 owners could cash in on their claims.

Ira Rothken tweeted: "The iPhone 4 Antenna Class Action Settlement website is up if you want to make a claim or get info please visit iphone4settlement.com."

Apple has agreed to give eligible iPhone 4 users a free bumper case or a $15 cash payout. If you have already received the case you're not eligible for the $15.

Those "well placed and anonymous sources" are at it again. The tech blogs Chip Hazard and West Coast Gadgets have kicked off a whole new set of rumors by claiming that the iPhone 5 is in the hands of AT&T and Sprint beta testers. Chip Hazard's "well places sources" in AT&T mobility revealed that beta testers have been testing the iPhone 5 since July 6. Citing no sources, West Coast Gadgets announced that Sprint beta testers will be spotted in Los Angeles, San Francisco, Dallas, New York City, and Chicago starting this Monday. 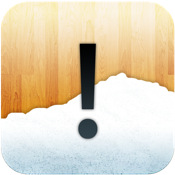 Why is Apple purportedly using 3rd party testers? According to another tech blog, AT&T and Sprint are ensuring another Antennagate doesn't happen by checking for reception and connectivity. The author also points to Apple's own internal testers losing an iPhone last year, but wouldn't giving out more devices to 3rd parties increase the chances of a repeat, and more leaks? With all the so-called "inside sources" releasing so much information, it seems like Apple is having a hard enough time keeping their own people quiet these days.

The fact that cellular devices emit radiation is nothing new, and the debate over how much exposure is harmful is far from settled. Tawkon has developed an app for BlackBerry and Android devices to help those concerned about the issue. The company was hoping to bring an iPhone version to the App Store but the software was rejected by Apple. 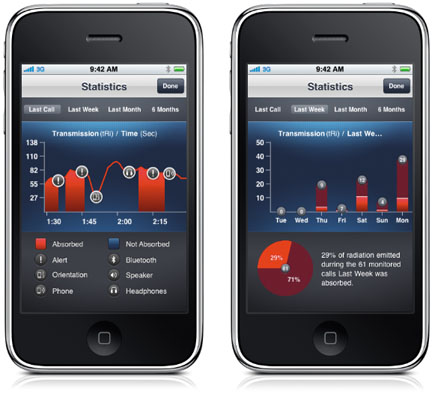 Tawkon has made the app available on the Cydia app store for jailbroken iPhones and is appealing to customers to help urge Apple to lift the ban. Reports have indicated Apple CEO Steve Jobs himself responded to the company with a short email stating simply, "No interest."