Some registered Apple developers are finding email warnings from Apple in their inboxes as the company cracks down on unauthorized distribution of iOS 5 beta. Reports from users who have paid developers to activate their UDID (unique device identifiers) indicate that Apple could even be deactivating devices running beta versions of the firmware and suspending developer accounts.

The timing of the reports coincide with Apple's routine deactivation of iOS 5 beta 1 and 2, which could explain some of the deactivations. Version 5 was recently seeded to developers and Apple is expected to release a final iOS 5 firmware to consumers this fall. As usually happens, some developers violate their agreement with Apple and sell device slots to users who can't wait to get their hands on the latest iPhone operating system.

The party is officially over. iPhone owners who are using their devices as a cellular modem without permission from AT&T are about to see a change in their monthly bill. The wireless provider is about to act on the warnings it sent to users in violation of its terms of service earlier this year.

AT&T currently requires a $20 tethering plan to allow the iPhone to share its cellular data connection with other devices. The tethering plan provides 2 GB of data on top of the 2 GB Data Pro plan costing $25 monthly. Here's the catch: those subscribed to the $30 unlimited data plan aren't allowed to sign up for tethering at all.

The iPhone has already surpassed other cameras on photo-sharing sites like Flickr, and iOS 5 and the next generation Apple iPhone are sure to accelerate this trend in the fall. Many improvements are in the works for iPhone photography in the next generation firmware.

Not only this, but the iPhone 5 hardware will likely include an 8 megapixel sensor from suppliers OmniVision and Sony. So what improvements have already been seen in the beta versions of iOS 5? Read on for a complete list. 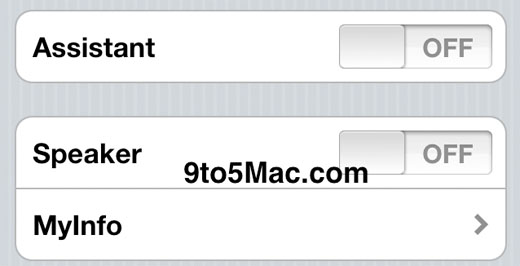